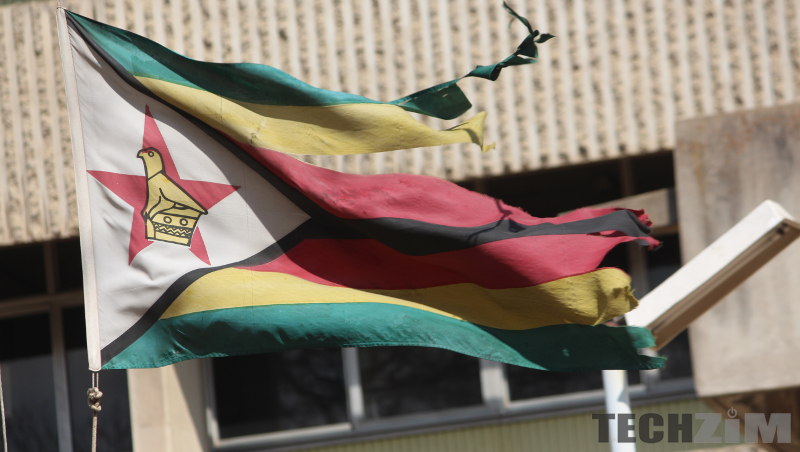 Zimbabwe’s problem is not economic it’s political. Even though right now it seems like its economics, it essentially remains a political issue of confidence and TRUST. So let’s focus on the pneumonia, not the headache. Is it feasible to reach out across the aisle and find a negotiated settlement that is the panacea for the pneumonia?

Lack of a viable currency or fuel shortages in Zimbabwe is not the pneumonia, it’s just a headache. Let’s be clear any piece of paper can be a currency as long as there is TRUST that it can be honoured when bearer shows up. Without trust, no amount of creativity nor verbose can build a currency period!

The law of gravity states that if you pick up a stone and throw it up, the law of gravity dictates that it will come down. We as a people and the leadership of the nation needs to awaken to this. If you print money as a nation you end up with inflation , if you don’t create a healthy positive environment for investors, capital will fly to safe havens, if you create uncertainty you reap investor disdain and loss of trust, if you don’t uphold rule of law you create uncertainty and similarly if you create an unreal currency and try to force it down the market, the market will reject it . We need as a nation to resist the temptation to think we can rewrite the laws of gravity because we say so. We are robbing our children and grandchildren when we act illogically.

But what can we possibly do?

Acting logically demands that we accept reality and look it straight in the face.

We accept that our problem in Zimbabwe is not a particular individual nor political party but a political system which needs to be fixed. As we saw in 2008 when we formed the Government of National Unity (GNU) we somehow removed the political problem albeit briefly and started focusing on economics. We were beginning to get out of the hole. First law of holes!

We accept that our biggest trading partner is South Africa and we should be engaging them as we look for a sustainable and realistic solution to our economic challenges. There is no return on ego in business and none exists either at a national level.

There is merit in us seriously investigating the use of currency from our largest trading partner or at least looking to create an instrument linked to the same … we have enough brains to figure this out and you don’t need to be a professor either for such. One could argue its common sense. We as a nation should accept the reality that possibly 80-90 % of our transactions are now done through mobile money platforms whether it’s paying school fees, food, rates, and even paying lobola. Is it conceivable that we might actually already have a credible currency called mobile money and just need to embrace the technology within our fingertips to solve a chronic problem of currency! Mpesa is arguably a very trusted currency in Tanzania and Kenya today! Remember again there is no return on ego!

Let’s learn to put the interest of the nation ahead of party politics. If you are a real servant leader this should show in how you show your patriotism on issues of national importance. Even if you don’t care about your nation at least show a duty of care to your children and extended family. Things like sanctions should not be seen as a panacea for our pneumonia. They do have their place and sometimes they outlive their usefulness and in Zimbabwe that is the reality.

A genuine GNU arrangement might be a necessary “bitter pill” that will change the trajectory of our nation’s fortunes and create a better future for our children! Not for any other reason except it removes politics and forces us to single-mindedly focus on our economics -bread & butter issues. History will honour you for being the pragmatic, caring, considerate, compassionate, compromising, visionary and transformative leader and yes, we build statues to such!

Equally, if leadership selfishness gets to levels that say “if I am not the leader then no one should lead” it reminds us of little children who throw sand on another’ s plate if they don’t get their way and indeed I say woe to a nation that has a child as a leader!

Let me close this “rumble” by addressing the rest of us on social media, the masses that have an enormous power of influence for good. Let’s embrace our power. Technology has now enabled us to have a voice like never before. Let’s use it wisely and responsibly. Using it to insult and make jokes of our national leaders has yielded very little. I know some are already itching to attack me right now. Hold your horses, we are not interested in talking politics at all!

Remember we are seeking light, not heat and everytime you attack you generate heat not light. What could happen if 1 million of us were to speak with one voice and actually be organized enough to demand a seat of the negotiating table? There is enormous power in numbers and we don’t need to go protest and loot to be heard and risk further loss of life.

There are many ways to skin a cat! Don’t tell me it’s impossible or ZANU PF or MDC this and that. Let’s get past those names. Insanity is doing the same things and expecting a different result! It’s very conceivable that a movement of 1 million like-minded Zimbabweans, not bent on toppling the government but actively working with any government of the day to seriously look for ways to find a cure to our pneumonia could be the panacea to our problems! And Yes its very possible and doable. Today a young woman or man in Muzarabani, Gokwe, Zvishavane can contribute to a national conversation!

If you think you are small and insignificant to make a difference spend a night with a mosquito 🦟! When you forward this to your like-minded friends and family you are already creating that platform for transformation. We gave the platform the name AGIP (Any Government In Power) Zimbabwe. You can call it anything you wish but don’t criticize, do something!

Norman Moyo is the author of a Pan African leadership book, Rumble in the Jungle, Leadership from a Pan African perspective; a Global Telecoms award winner and voted one of Most influential young Africans, lecturer at Stellenbosch Business School, organization transformation and Strategy expert & a Pan African Telecoms & Technology executive.