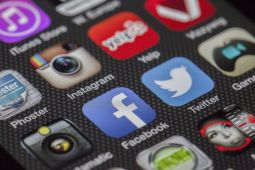 Though one might not be able to tell by just glancing at the two social media sites; Twitter and Facebook have apparently improved how quickly they remove hate speech from their platforms. The improvement is sizeable as well. A report released by the European Commission states that YouTube, Twitter and Facebook are removing 72% of hate-speech within 24 hours when a year ago they removed 28%:

IT companies are now assessing 89% of flagged content within 24 hours and 72% of the content deemed to be illegal hate speech is removed, compared to 40% and 28% respectively when the Code was first launched in 2016.

EU really isn’t playing around when it comes to making the internet safer and more bearable for users. Before the stern GDPR, meant to protect user data, was released last year, in 2016 the EU introduced the Code of Conduct which was meant to counter hate speech. They also aimed to improve user feedback and the code of conduct was agreed upon by 4 members; Facebook, Microsoft, Twitter, Facebook and YouTube. 4 new members namely; Google+, Instagram, Snapchat, Dailymotion decided to join the code of conduct last year and hopefully, more internet businesses continue joining.

Who was the most efficient?

Facebook was apparently the best at addressing hate speech with an 82% takedown rate and Zuckerberg’s company also had the best feedback rate at 92.6% whilst Twitter and Facebook did not do as impressively with scores 60.4% and 24.6%. Seems Facebook isn’t always the bad guy as we are coming to believe.

Which types of hate-speech are most popular?

The most common forms of hate-speech were;

The European Commission doesn’t have an iron fist

With the GDPR in one hand and the code of conduct in the other, it may seem like the EC is trying to their best to make it hard for internet entities to go about their business but there is some leeway. Vĕra Jourová’s (European Commissioner for Justice, Consumers, and Gender Equality) statement concerning their approach to the code of conduct shows there’s room for reasoning;

I always said I did not wish to see the removal rate at 100%. I am glad to see there aren’t over-removals. I have always said, in case of doubt, do not delete