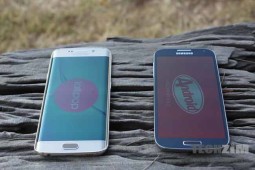 Kai OS is a mobile operating system which is third-largest mobile software system in the world. But very few people are aware of Kai OS as it is relatively knew (it was released in 2017) and it’s already supporting a range of mobile phones in just only two years.

Unlike other mobile software systems, Kai OS target the basic feature phones rather than high-end phones. Kai OS depends on the UNIX Operating System as it as copy or child version of the Firefox operating system.

Tizen OS is a UNIX based mobile operating system. Tizen project is also supported by companies like Intel and Samsung also. Samsung launched a few devices running the Tizen OS like the Samsung Z series and various Smartwatches. Unfortunately, Samsung Z failed to get much attention in a competitive Indian Market.

Sailfish OS has roots in Nokia and MeeGo. At its core, Sailfish uses Linux meaning it’s stable, perfect for mobile and can be modified relatively easily.

Now at version 3, the mobile platform proves that it still keeps on going. The only problem is that it barely has any phones to run on.

Unveiled in 2013, the Ubuntu Touch platform is designed for smartphones and tablets, and represents the first full Linux operating system for touchscreen devices.

Now the Operating system is a community-driven project- meaning that passionate people from around the world now contribute to the development of Ubuntu Touch.

Eelo is a mobile operating system based on Android that promises to deliver an extremely privacy-oriented user experience free of Google’s apps and services. Eelo is in its second beta version, with a stable release expected this year.

Eelo’s plan is to replace Google services with open alternatives. For example, OpenStreetMaps will be used instead of Google Maps. Instead of Google Drive, the operating system will probably support services like NextCloud or OwnCloud that let you set up your own personal cloud file server. And instead of the Google Play Store, Eelo uses F-Droid and APKPure.

One thought on “5 Alternative Mobile Operating Systems To Android”