Here’s is President’s Mnangagwa full statement (released on his official Twitter account) about the reintroduction of the Zimbabwean Dollar: 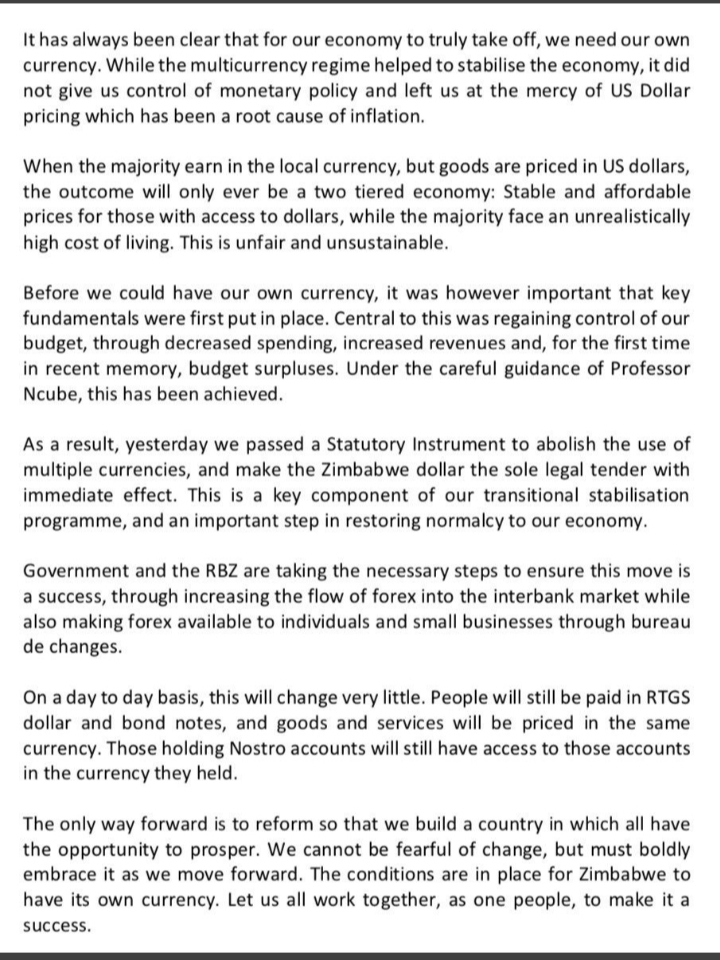