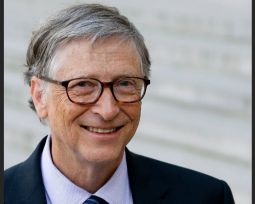 Microsoft co-founder Bill Gates has claimed the title of being the World’s Richest Person. Yeah, Gates has surpassed Amazon co-founder and CEO Jeff Bezos, with a total networth of around $110 billion, according to Bloomberg’s Billionaire Index.

This title was once held by Gates for 24 years before Bezos overtook him 2 years ago. Bezos had ended Gates’ 24-year run with a networth of over $160 billion – it was all thanks to his ever-growing e-commerce and cloud business, AWS (Amazon Web Services). However, the tides have turned this year. Bezos had to pay a significant chunk of his Amazon stake to MacKenzie Bezos, his wife of 25 years, during his divorce.

Amazon too hasn’t had the best year. According to a CNN report, Amazon reported that profits for the quarter ending in September declined 28% as compared to the same quarter from a year ago. Also, the company’s cloud division, AWS (Amazon Web Services) lost an important $10 billion Pentagon project to Microsoft. This led to Microsoft’s share prices to climb quickly while Amazon’s share price tanked, depleting close to $7 billion of Bezos’ networth.

Microsoft share prices have already climbed nearly 48% this year, adding up to Bill Gates’ growing wealth. CNN says that Bill Gates briefly overtook Bezos last month after Amazon had shared its first profit drop in almost two years, but its expected that the Microsoft’s co-founder will hold the title for longer this time around.

Also read: You Could Have Been Using Windows Mobile Instead Of Android – Bill Gates