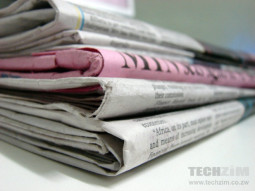 VISIT OUR WEBSITE AND READ ALL THE NEWS FOR FREE!! https://dailynews.co.zw

Even though the tweet was taken down, I did manage to access Daily News and I have no subscription.

Publishing online and understanding what the audience wants

Over the past few years, we’ve seen a number of publications flirt with different approaches regarding how they roll out content online.

At one point, Herald, NewsDay and Daily News all decided that they would stop publishing full stories online in order to stop other publishers from stealing their stories.

This was a terrible move because it didn’t focus on the reader at all. In fact, publications copying the content from Herald and co. could easily walk out and buy their newspapers and publish – since they were monetizing the content they had every incentive to keep publishing.

Worse more removing their own stories from the internet made these copycats stronger since they were publishing the content that established companies work hard to produce without any competition from these companies on the internet.

Very quickly, all three media companies realized their mistake and sooner rather than later they were back to publishing online. This probably means they finally understood that being the first to publish gave them credibility that those copying them wouldn’t have (especially in Google’s eyes).

During this time, is when Daily News introduced its subscription model whilst the Herald and NewsDay opened up their content for everyone.

The Daily News’ move was a strange one to me because for subscription models to prove successful for online content the content needs to check certain boxes:

I don’t believe Daily News satisfies either of the criteria and now they might go back to a model similar to that of Herald and NewsDay who open up their site and then advertise (aggressively) on their online platforms.

At the time of writing, the Daily News website isn’t carrying any adverts so it’s not clear if they are looking to offer an ad-free experience to consumers (which the readers prefer) or if they are still transitioning and will offer adverts later on. I believe they’ll resort to the latter but time will tell.