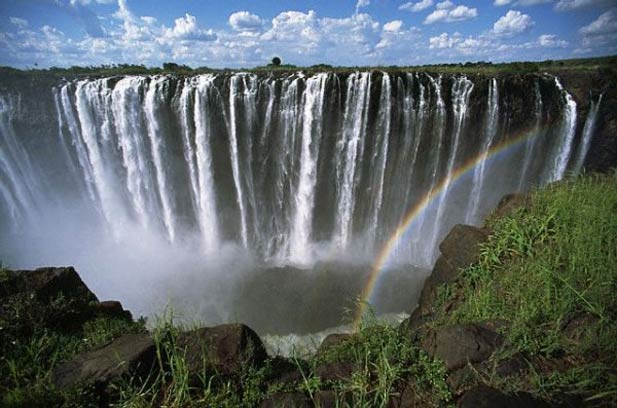 Last night we shared the Government’s COVID-19 19 Recovery & Stimulus Package Budget and among the measures being taken is the launch of Victoria Falls Securities Exchange;

The fact that Zimbabwe ranked 140/190 countries when it comes to ease of doing business suggests Zim is not open for business but I digress.

A few days ago, the Minister of Finance Mthuli Ncube said the exchange will look to build connections with other global exchanges;

As a global securities exchange, VFEX will seek partnerships with other global exchanges and partners around the world, and become a truly global platform.

VFEX will be managed by Zimbabwe Stock Exchange and their CEO Justin Bgoni suggested those dealing with VFEX will be subject to different rules when it comes to taxation and repatriation of funds;

If we are to operate in a special economic zone there are chances of getting tax concessions both for the stock exchange and the issuers.

It’s also treated like a separate country, so you have more flexibility in terms of movement of money in and out of the country.

If you think of other countries, it’s normally good to link an offshore financial services centre with your tourism.

It seems Zimbabwe trying to do what Mauritius has done successfully for years. If that is what the government is going for I don’t think it will work out.

Mauritius has been described as a “haven of political stability and democratic process compared with its neighbors in Sub-Saharan Africa.” Zimbabwe is one of those neighbours contrasted to Mauritius in that description and we are far from a beacon of democracy or political stability.

Historically, repatriating capital gains outside of Zimbabwe has proved difficult and it is not yet clear how this exchange will solve this problem

For the past 30 years (probably more) politicians leading the country have chosen the easy way out repeatedly and trusting them to handle offshore funds is naivety of the highest order. “They” have failed to use public funding responsibly for 3 decades. What changes now?

After the election of President Mnangagwa to head of state in 2018, the mantra open for business was thrown around alongside grand promises of foreign direct investment (FDI) flowing in. 2 years on, the mantra is still being referenced – far less than before and the FDI that was promised did not exactly materialise.

As aforementioned Zimbabwe ranks poorly in terms of ease of doing business and the failure to reform laws in this field and non-existent adherence to the rule of law doesn’t seem like an attractive formula when it comes to attracting money to a country. Maybe Mthuli and Co. have a trick up their sleeve that will make this succesful but from where I am sitting it’s a hard sell.