Government Is Working On A “National Payment Switch” – Is That Necessary? 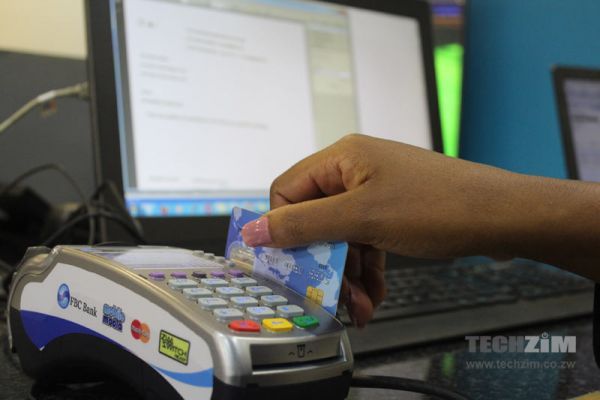 There’s been a lot of talk about the new law which will force mobile money interoperability but maybe more important is the fact that the government has revealed that it is working on a new national payment switch.

The same section of the Statutory Instrument that mandates mobile network operators to enable interoperability indicates they will do so by joining a national payment switch;

You can’t send money from EcoCash to OneMoney or Telecash just yet but laws in place will change that soon;

Reliable sources also confirmed that the government is indeed working on such a switch and one of the first questions is whether the government will turn to Zimswitch’s solution?

Zimswitch already has experience in this regard, is partly owned by the banks and has done the bulk of the work when it comes to enabling interoperability between banks and mobile money platforms (excluding EcoCash). To our knowledge, this will not be a Zimswitch solution but a new switch from the ground up.

The biggest problem comes from the fact that banks, mobile money service providers and other financial institutions will have to build-out infrastructure and make their existing systems compatible with the new payment switch;

For purposes of connecting to the national payment switch in terms of subsection (1) every money transmission provider and mobile banking provider shall install, deploy or commission such infrastructure and connection protocols, credentials and documentation necessary to enable integration with any recognised payment system in terms of the National Payment System Act.

That will be irritating when you consider that as I mentioned before, Zimswitch exists already and every bank and mobile money service integrated with that platform will have to go through another integration process when they did so before.

For banks this is doubly tiring not only because of the above but also because banks were working on a bulk payments platform to replace Paynet after the banks relationship with Paynet went south last year. To our knowledge that hasn’t materialised and now banks will have to plan integration with this switch as well. Far from convenient…

To make matters worse, EcoCash has also become a quasi-switch in itself due to the fact that they have independently set up connections with banks and merchants separately.

The idea of Interoperability has never been too attractive to EcoCash. This was the case to the extent that Econet (now Cassava) made it possible for NetOne and Telecel subscribers to register for EcoCash and marketed that as interoperability.

Ultimately, it’s hard to see how EcoCash will avoid interoperability now that the government is mandating that everyone be a part of this switch that they are creating but I would not be surprised if they try to do so.

How will the new switch work?

From the SI issued out here’s what we know thus far regarding the switch in development;

Finally, we are not yet sure when this switch wll actually be deployed and started working. All we know is that its in the works and the government intends to roll it out as soon as possible.

Very necessary in ensuring a level playing field. ZimSwitch is owned not by all Banks but a select number of Banks and therefore their interests are sometimes suspect and there has not been much innovation from ZimSwitch either, very archaic & traditional approach. We need an open switch for all! Good move by RBZ.

This is about someone getting in on the action. Be it by developing, supplying or running the switch. Time will tell all the details.

Very necessary. In fact I would have gone further and made Ecocash available on all mobile networks to kill the monopoly. Cassava is a different company to Econet. Ecocash being exclusive to Econet should actually be illegal. Parliament needs to push for this. Ecocash is the main reason people use Econet.

Nobody could have said it better than you.

EcoCash is available on all networks. Telecel and NetOne subscribers can register for EcoCash since 2018. That won’t solve the monopoly problem though since EcoCash will only have more users. What the new switch proposes is that EcoCash be interoperable with OneMoney, Telecash and MyCash. This means consumers will be able to choose between any of these service providers and still be able to send money to any other mobile money user.

All what the Government wants to achieve is possible without another switch but modules connecting to Zimswitch. It is also faster that way because starting from scratch will take long but on the other hand we are one of the few countries without a national switch so again we can take a modular approach where the RBZ comes up and manages a rules based Fraud Management Solution and Instant Payments module (settlements) which will connect to Zimswitch and the Econet switch. That way RBZ will be in control without investing much and also not increasing transaction hops which increases the transaction costs.

Thanks for this insight!

The fact that RBZ will have read only access to the proposed National Payment Switch System is good is it will enable the FIU to monitor suspicious, inter-alia, money laundering transactions! Further, the fact that transaction charges will be approved by RBZ will prevent big market players like Econet from making inflationary tariff hikes with the rest of the market following suit as in the recent May 2020 data price hikes in a COVID 19 environment of the virtual school / classroom where e-learning is being encouraged.