NetOne suspending customers who they suspect to have hacked their internet 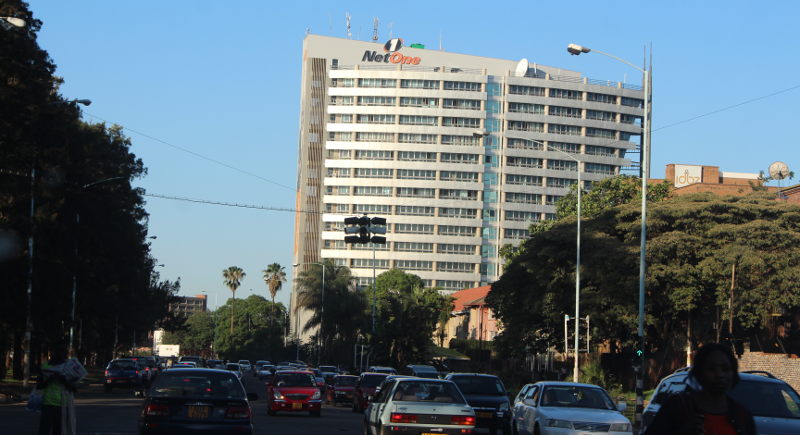 NetOne is suspending customers that they suspect to have hacked their internet using VPNs. Now just to clear things up, the use of a VPN isn’t illegal. They are applications that a number of people have had to use from time to time. Well, mainly when the government shut down the internet.

Using a VPN for anything beyond what it isn’t intended for will most certainly find yourself in trouble with your mobile service provider. One of the ways that some misuse VPNs is for free data (the most popular one for free data is DroidVPN). A couple of months ago we put out a video all about the subject of VPNs in general, and the infamous DroidVPN.

So what does this have to do with NetOne suspending customers?

We received a tip-off from someone who said that they had their data suspended by NetOne for using a VPN:

We reached out to our sources at NetOne and they said they don’t suspend data for anyone using a VPN. NetOne does, however, suspend data for customers who’s internet activity is flagged as suspicious by their systems. So if a customer uses up NetOne’s bandwidth with an illegal VPN workaround to access free data. Then that customer will have their data access suspended.

NetOne is well within its rights to suspend the data of people who use VPNs like DroidVPN to access free data.

There have also been reports of customers who are using VPNs for their intended purpose and are getting caught in the net. On the 31st of July when we all suspected that there might some sort of internet shutdown. Many people would have downloaded a VPN if there was a partial shutdown of the internet. There was an even greater incentive to this when TunnelBear VPN came in. The VPN service, at the time, offered Zimbabweans 10 GB of usage access on their platform.

The unfortunate result of all of this is that some customers may not know why their data suddenly stopped working. They may have been using a VPN correctly and their activity may have been false flagged.

A possible way to avoid suspending data for customers who are within bounds would be to send some sort of warning message. Notifying customers that NetOne has detected some unusual activity will help those in clear to clarify their position. It would also deter those who may have been abusing NetOne’s services.

If NetOne has suspended your data, what can be done?

In either case (proper or improper use of a VPN), the only route to resolve this is to call customer services (123). For customers who are in the clear, this is an unnecessary hassle. But it’s worth noting that NetOne is just trying to stop the leak and the hope is that they find a way to fine-tune this process.

Your articles are too shallow.even your referred last video on VPNs

Pay Your Bills
6 months ago

Let me guess you are one of those stealing data and were just looking for something negative to say. Stealing bandwidth ruins the quality of service for those paying. Nxa!

U must be crazy heee, just insulting someone on basis of an assumption. 😒

It’s shallow to think that’s what it’s for.

It’s been used in IT for decades

You forgot to say”for me” you’re welcome.

Aaaa as for me i ddnt know it was stealing data 😔😔

After you people rectify this problem of illegal data usage then stand up and pay back the large sums of airtime some customers have cried above.. And also a good customer service response

Data is just too expensive in Zimbabwe.Its up to the signal careers to strike a balance between staying afloat and coming up with competive data packages.Otherwise customers will device a work around plan.

using a vpn is nt stealing data and its not hacking,i suggest you do a research on vpns

Techzim, how does using a VPN give you free data? 😳 (25marks)

Dnt be fooled no one tracks you while using vpn ,its private nd the net is from free servers from america and netone is just hosting they re not loosing anything……the news is fake

If the internet is free, pluck out your simcard and connect to America 🇺🇸 🤷‍♂️

You need to understand that bandwidth is paid for, and there are interconnection fees. (Of which Zim gets none because most traffic is outbound, so they only pay). NetOne has to pay for the bandwidth you used for free, and that’s definitely stealing.

There is infrastructure that needs installation and maintenance. Base stations, Fibre backbone for LTE. Aaaaaand you say free

Anyways, the use of that VPN breaks their TOs and is cyber crime.

you don’t attack us as customers because we even paid to get access to the 10gb…..and this was a result of the raise in your data which ain’t feasible…. you should reach out for agreements with the people building these softwares and stop attackjng us because we ain’t your problem but thank us for we helped in exposing loop holes in your systems and if you can kindly give us back our internet access and find a way forward to your problems…… my advice to you is to wipe down your tech teams they’re the ones who understand your loopholes and how to bypass your network systems thank you.

Those varikuti our lines were blocked by netone. Settings to unblock aveko 😁😁😁

Nash The Phoenix
5 months ago

Vpn is not illegal at all. It’s a secure way of communication within another network. If oa systems are not capable just shut down and start a new chapter after all.

id just like to ask if there will be any arrests

How much is the 3 Terabytes I have to payback ….. I want to start selling vpn settings so that I can raise money for bail

We are anonymous
5 months ago

I honestly think Netone does not have the technical knowledge to stop this loophole ..And they are sending fake mesages across social media platforms to try and frighten people to stop using the vpn🤔