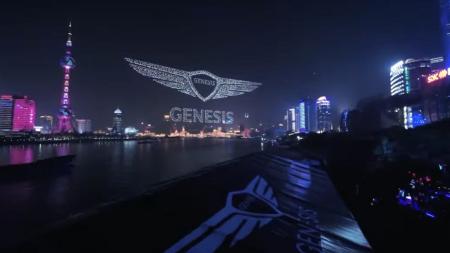 South Korean carmaker Genesis just broke the Guinness World Record for the most drones in flight. To mark the Hyundai-owned brand’s entrance into the Chinese market, Genesis flew 3281 drones in what surely is one of the biggest publicity stunts in recent memory.

The previous record was held by Damoda Intelligent Control Technology which flew 3051 drones back in September 2020. Before that, Intel was the 2-year holder of the record when it flew 2088 drones over California in 2018.

The heavily software aided display that was held by Genesis over Shanghai, saw the 3281 drones fly in a number of patterns and ultimately flashing the Genesis logo.

You can check out the show for yourself with the link below:

If you are interested in flying just one drone like a normal person. You should check out the conversation we had with Tawanda Chihambakwe, Zim’s Drone expert and licenced pilot. The discussion covered, pilot licencing, drone due diligence and registration.