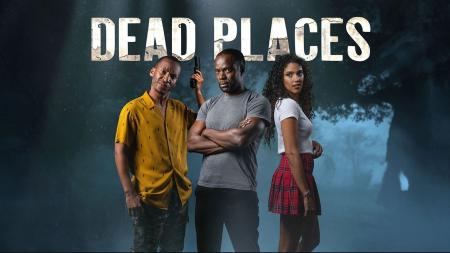 South Africans are really getting good at this whole Netflix thing. So is Canal with whom they partnered in the making of Dead Places. The latest Netflix release from Mzansi is called Dead Places, a terrifying horror TV show with very distinct African roots.

Africa the dark land of myths

Africa is a land of myths and it was only going to be a matter of time before someone made a hit show about it all. Growing up in rural Zimbabwe I spend my childhood at the deep end of African lore and superstition. The myths are so overpowering the bulk of people in my life consider them to be fact and abide by them.

It ranges from the simple warning that your finger will fall off if you point it at a graveyard to the more elaborate ones explaining what you say when picking up wild fruit at a sacred site-there are a lot of sacred forests in the Eastern Highlands.

There are terrible consequences for disobedience the elders would always remind us. You don’t want to end up like the Masaya children who didn’t listen and ended up disappearing in the mountains of Nyanga never to be seen again. We lived in the shadow of that mountain and I would always look up at the mountain half expecting it to jump at us.

It never did. Not even when we, my brother and I, grew up and started to tentatively test the limits of its power by hurling obscenities as we complained about the disgusting taste of the sugar plums that graced its foot. Nothing happened to us; it was all a lie. Either that or the ancestors were just being kind. They do say something about big snakes not eating themselves after all. Now there’s a hilarious image I cannot put out of my head.

The main actor’s sister was not so lucky in this story. They tempted fate and fate snapped back by snatching her. Anguished the main actor who is born of a Nigerian mother and South African father leaves home to live in the UK. Here is a funny aside, Anthony Oseyemi, who is the main actor has a South African and Nigerian parents and grew up in the UK. It’s a happy coincidence that enhances the show.

Unlike traditional (stupid) horrors like Wrong Turn which rely on the grotesque to create a horror feel, Dead Places likes to tug and pull at those fears at the back of your mind. It blows at the embers of those traditional African myths till there are raging fires that leave you doubting your sense of established self. What if? What if there is truth it to it all. It doesn’t even bother to offer lasting solutions to the questions and monsters it rouses. Like a rampaging bull trashing through the maize fields it soldiers on to the very end without bothering to explain itself.

In the end, it comes to a shocking conclusion. The worst monsters, as it turns out, are not hiding in mythical shadows-they are made of flesh and blood.