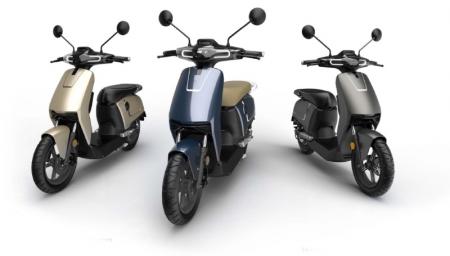 Agilitee is a South African electric vehicle manufacturing company that specialises in electric motorcycles and scooters. The company last year embarked on a capital raising exercise and at the same time looking for prospective franchisees in Zimbabwe, Nigeria among other African countries. In an acceleration of events, it looks like Agilitee is now looking to set up an electric vehicle assembly plant in Zimbabwe.

According to a report by Newsday, Agilitee’s CEO Dr Mandla Lamba said that Zimbabwe has become an attractive destination due to its high Lithium deposits. Lithium is an essential part of EV because it is one of the core components of their batteries.

“So we will be opening in Zimbabwe on July 1, but we will start a process of building the assembly plant. We will be bringing EV components into Zimbabwe to assemble them. That helps also in terms of job creation and boosting the economy. Remember we do have investors from Australia who are mining lithium in Zimbabwe and Chinese companies doing the same. So that is how we see potential in Zimbabwe going forward”

Agilitee already has a vendor in the market by way of Zimbabwean e-mobility startup Zimtorque. The company says that it has received a good number of orders from the local startup.

“We have sold 15 EVs since august 2020. We have partnered with a bank to offer availability of electric vehicles because they are a bit expensive. We are trying to come up with a plan to make them affordable in Zimbabwe. We are of course trying to get popular EV makers like Tesla and Nissan to come into Zimbabwe and assemble cars for export. We also want to have Japanese and American manufacturers coming into the country. We need to diversify our market”

On top of selling through Zimtorque, Agilitee’s Dr CEO Mandla Lamba said that they are also trying to get the government some vehicles. If this comes to be it will be a very good start because the Zim govt has the biggest fleet of vehicles in the country. And for EVs to become viable then the govt has to be (forgive the pun) in the driver’s seat. This will also see the rise in the number of charging stations as well local repair shops.

Earlier this year we had a chance to talk to Zimtorque Founder Tanaka Kutama about the state of EVs in Zimbabwe. We covered the various regulatory deficiencies as well as what it’s like to be an electric vehicle vendor in the country. You can play or download that conversation with the link below.