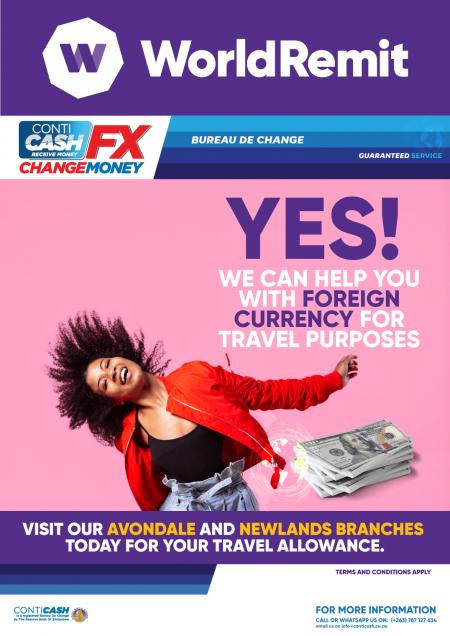 A few weeks ago we received some pleasant news, several Bureau de Changes were now allowing people to pay for their DStv using RTGS at the official rate. One of these exchanges was ContiCash who are part of the Conti family of fintech services that includes a money remittance service and a payment gateway that allows eCommerce platforms to receive ZIPIT.

There are some limitations, chief among them is the Know Your Customer (KYC) requirements that would have limited the reach of the service. Although, and on the other hand, the one account per customer limit is pretty sensible though, all things considered.

Most people are renters and not homeowners and the bulk of rental agreements don’t come with any documentation. Proof of residence is something a lot of people struggle with whether they want to open a bank account or are signing up for a given service. During the weekend a Conti-Cash representative reached out to tell me that they were no longer asking for proof of residence if one wanted to pay their DStv.

That wasn’t the only good news I got. Apparently, this service is more than just about paying DStv. You can use it to pay a lot of other foreign bills including foreign medical bills, school fees and even get a travel allowance through WorldRemit. Medical bills can be paid via their WhatsApp bot but if you want travel allowance it seems you have to apply in person.

As I already pointed out in an earlier article this is probably the government’s doing. The biggest issue driving the rate these days is that individuals have very restricted access to the formal foreign currency market. Rather than just fold their hands and accept being shut out most people simply buy and sell on the foreign currency black market away from the prying eyes and control of the government.

By allowing access to people to pay things like DStv, medical bills and giving people foreign currency allocations when they travel the government is hoping to at least limit the reach and need for the foreign currency black market. Their success however will depend on how much they have in their coffers and how long they can sustain it. For now, all I can do is cautiously welcome the move.