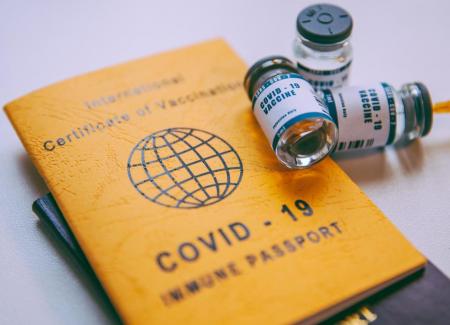 What makes me sad about the way the Zimbabwean government conducts its affairs is how easy and cheap solutions are ignored for the unwieldy. 90% of Zimbabwe’s administration problems could be solved by a computer and the internet. Recently I pointed out how cheap plastic licences could be the solution to the current crippling backlog at the VID.

This is just one example of many suggestions we have made over the years:

I could go on to list them all but you get the picture. Relatively easy solutions that are quite cheap to implement are not being implemented for no clear reason. The COVID-19 vaccination program is one area where things would be simpler if more computers, apps and the internet were used by the government.

Computerisation would thwart fraud and weed out fake certificates

Currently, people are being issued with physical printed certificates that are quite easy to forge. This is despite the fact that the government, just like other governments around the world, is starting to place more reliance on the same certificates as an indispensable part of the reopening strategy.

There has been a lot of cases of people being caught with fake certificates. One wonders given how these fakes are cropping up with little investigative effort, just how many fakes are out there. Some people are even selling and buying these certificates without ever being vaccinated putting public health and safety in peril.

These acts would be easy to thwart if the system was computerised. It would allow the authorities to establish the veracity of a given certificate with ease. For example, a simple certificate with a QR code could be scanned at a roadblock and show where a person was vaccinated using what batch of vaccines and by whom.

In fact, such a system would present more opportunities when it comes to improving the program. It would be easy to see where we are lacking, identify problematic batches of vacinnes and provide other vital statistics. All this stuff is kind of hard to maintain and provide using traditional record collecting methods such as the ones currently employed.