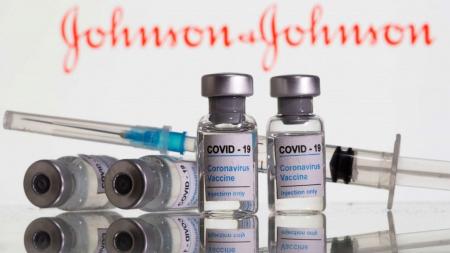 Last week the Zimbabwean government announced that it was now mandatory for Civil Servants to be vaccinated. There was an outcry from some quarters about this but it seems it’s the global trend. A lot of employers in Zimbabwe are also pushing their workers to get vaccinated. We have companies like TelOne where vaccination rates are now approaching 100%. A lot of South African companies are doing the same too and so are tech giants. Apple is now on that list too.

The company hasn’t made COVID-19 vaccinations mandatory for its employees yet. It’s not clear if they can, given how U.S law operates but they have settled for something that is almost similar. It has been slowly putting the squeeze on its employees over vaccinations. First, they made it mandatory for employees in the U.S to report their vaccination status. That’s a subtle shaming technique that puts pressure on those not vaccinated to get the jab.

Now the company has announced that it will “infrequently” test employees who come into its offices or stores for COVID-19 if they are vaccinated. This essentially means that employees who are unvaccinated will be met with frequent tests. Again the aim here appears to be to cajole those who are not vaccinated to get the jab in order to avoid invasive and bothersome testing. The same way YouTube annoys you with ad after ad in order to compel you to get YouTube Premium.

We saw the Zimbabwean government and local companies go through the same dials. First, the government announced that only those willing to take the vaccine would get the jab. Then they threatened to make it compulsory. This was followed up by the announcement that those who were unwilling to get the vaccine would lose their COVID-19 allowances. Eventually, we got to a point where the unvaccinated were told not to come to work.

It’s all about opening up

Expect even developed countries to take this approach. While for example, the Trump administration was ambivalent at best when it came to encouraging people to take up vaccines, the Biden administration has almost been evangelical in their encouragement. The U.S administration as well as a host of other countries are also in the process of introducing COVID-19 passports.

These passports would allow only those who are vaccinated to roam freely and get into certain places. The unvaccinated would be barred. This has led to conspiracy theories being thrown around but it’s simple science really. Unless herd immunity is reached through vaccinations people can forget about opening up the economy in the long run. Look at Zimbabwe, hardly two weeks after opening up schools they have turned into major clusters with a fourth wave brewing.

This is because too few people have been vaccinated. Not that getting vaccinated means you become immune to the virus. It just makes it easier to control the rate of infection. Unfortunately, it’s a point that is lost upon those who refuse to take the vaccine. They are already vaccinated for polio, measles and a host of other diseases but still do not want to get one more vaccine.

Putting the squeeze on them might be the only way. Apple has had to postpone reopening some to its offices and shops due to low vaccine uptake and the third wave. They are just looking to return to “normal” life.