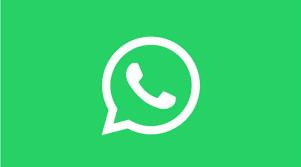 This year Facebook-owned chat app WhatsApp started on a very controversial note. In a storm of their own making, they issued, out of the blue, a terse demand asking users to agree to new draconian terms of service. That was unusual enough, what was even more unusual was the threat that those who wouldn’t agree to these new “spying terms” would lose access to WhatsApp.

They then spent the good half part of the year trying to fix the fallout from that one attempt to bulldoze people into agreeing to the new terms. Then they started making exceptions for those in the EU and those other countries whose governments were now making some noise.

Recently they made another big change- they no longer require anyone, regardless of their nationality, to agree to their controversial terms in order to continue to use WhatsApp. That’s a complete 180-degree turn from a company that has been telling everyone that the new terms were needed in order for them to provide essential services such as business chat and cloud chatting tools.

You no longer need to agree to the new terms

A lot of use users including most Zimbabweans had just caved and clicked on the “agree” button. WhatsApp made sure of it. They annoyed, cajoled and threatened you at every turn including with giant popups every once in a while. Now they are just do an about-face and say those who haven’t agreed no longer need to agree to the terms. This may be because they have managed to make the bulk of people out there to agree to these terms and figured that those holdouts were not going to change their minds.

WhatsApp has now updated their Frequently Asked Question help page on the issue to reflect these new changes. So for example, while those who refused to agree to the new terms were previously threatened with essentially losing WhatsApp this will be their punishment:

What happens on the effective date?
No one will have their accounts deleted or lose functionality of WhatsApp on May 15th because of this update.

That doesn’t mean the new terms are going away, however. Instead, it seems WhatsApp has refined the whole thing to be more selective in terms of application. Something they should have done in the beginning before causing all this controversy. You will now only be asked to agree to the new terms when you are about to or are trying to access services that need these new terms and conditions in order to work.

This includes for example if you try to use or interface with business accounts that use automated such as those provided by cloud providers like Twilio. In cases like this, you will be prompted to accept these new terms as the specific service requires functionality that relies on the new terms.