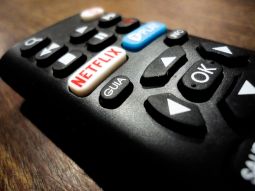 Just last month there was an outcry when Multichoice (DStv) cracked down on password sharing. Such is the challenge that streaming services face. People want to be able to stream on more than one device.

Streaming services therefore allow users to stream on different devices using the same account. The rationale being that when at home, a user may want to stream from their smart TV for example but may also want to squeeze one episode in from a tablet or phone in bed before they retire for the night.

In addition, the way TV has always worked is that families have never had to pay for broadcast licences for each family member. One subscription per family is adequate and streaming services have to follow in that tradition.

So streaming services offer multiple logins using the same credentials so dad can watch his action thrillers whilst the daughter watches her reality shows. Even old TV couldn’t do this unless people invested in stuff like DStv’s XtraView.

All well and good by streaming services except that’s not how we use those accounts. We share those login credentials with friends and family located elsewhere. Two households, even in different cities can pay for one subscription and yet both enjoy full service. Essentially giving themselves 50% off, paying half price each. This is a problem for streaming services.

The compromised revenue means less funds to fund new shows. In the end the same half and halfers will complain that the quality of shows has deteriorated and convince others to cancel their subscriptions.

Dstv decided to limit the number of concurrent streams per account to one. Only one person can stream from an account at a time. Many devices can log in using the same credentials but only one of those devices can stream at the same time. That’s almost close to how it was in the past with satellite pay tv. The saving grace being that the PVR functionality allows for downloaded stuff to be watched on a different device whilst the other streams something else.

Users hated this move and complained that the paying families that were not sharing passwords with other households were being punished for the sins of the rule breakers.

Netflix has been facing the same password sharing shenanigans. So they too are cracking down on the practice. They already tried out an account verification tool to make it hard to share passwords.

They acknowledge the problem,

We’ve always made it easy for people who live together to share their Netflix account, with features like separate profiles and multiple streams in our Standard and Premium plans. While these have been hugely popular, they have also created some confusion about when and how Netflix can be shared. As a result, accounts are being shared between households – impacting our ability to invest in great new TV and films for our members.

They are kind to say the password sharing between households is as a result of confusion. Nope. People know that they are cheating the system and Netflix knows it’s not because they are confused. In that tone of diplomacy Netflix’s solution will be a little more palatable than DStv’s.

Netflix is resigned to the fact that people will always share passwords and so they are accepting that practice. They will now only ask that you pay a discounted price for the extra household you want to share with.

Add an Extra Member: Members on our Standard and Premium plans will be able to add sub accounts for up to two people they don’t live with – each with their own profile, personalized recommendations, login and password – at a lower price.

Costa Rica is one of the first countries to get these new sub accounts. The Standard Plan over there costs US$8.99 (like the Zimbabwean one which then becomes $9.99 after V.A.T). The sub account is indeed at a lower price – it costs just $2.99 to add a friend.

I think this is reasonable. I can see a significant number of people taking Netflix on this offer. Unlike DStv’s solution which only comes through to punish the good customers along with the bad. Netflix is meeting subscribers half way, DStv is drawing a line in the sand.