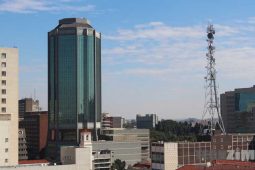 It started with a short paragraph by the President. If we hadn’t been living in Zimbabwe for the past 2 decades we would have been more shocked – all lending by banks was suspended on the 7th of May 2022.

In his speech, President Mnangagwa said,

In order to minimise the creation of broad money that is prone to abuse for purposes of manipulating the exchange rate for financial gains, and to allow current investigations, lending by banks to both the Government and the private sector is hereby suspended with immediate effect, until further notice.

We thought we had seen it all in Zimbabwe but the motherland seems to have a bottomless bag of surprises. When we heard banks could not lend anymore we wondered how that would work in practice. There was still a lot we didn’t know.

Lucky for us, the Reserve Bank of Zimbabwe did not keep us waiting long. Now we have a few more details on the suspension.

In a letter to financial institutions, the RBZ revealed that:

ii. The suspension of lending applies to both local and foreign currency.

iii. Like the President mentioned, lenders can’t lend even to the Government, let alone the private sector. The RBZ made sure there was no room for misunderstanding,

For the avoidance of doubt, this suspension relates to all lending, whether local currency or foreign currency, to Government and the private sector, including corporates, other legal entities and individuals.

iv. The suspension obviously means no new loans may be issued. It goes further than that though and that’s where the hard to believe stuff comes in.

If you had agreed to take a loan from a financial institution and had not received all of it yet, you’re out of luck. The suspension affects the undrawn portions of already agreed loan facilities too.

To make sure we understand that there are no exceptions, the RBZ says overdrafts are out of the question too. They even hit us with a slick catch-all, the suspension covers all “other forms of borrowing instruments, by whatever name they are called.”

Then there are pipeline transactions, which are exactly what they sound like. These are loans that the lender has approved but has not yet delivered. An example would be mortgage loans where interest rates and other terms have already been locked in.

For these types of loans, lenders can approach the RBZ for consideration on a case by case basis. But only if the agreement had been made before the 7th of May.

I don’t imagine there are too many pipeline transactions but it’s still crazy to think of the RBZ going through half done mortgage agreements for 2 bedroom houses in Kwekwe.

I see Dr Mangudya and his fellow executives hunched over a table with multiple 2 bedroom house plans strewn about. After half a minute of intense contemplation, he raises his head and exhales, ‘come on guys, what do you think about this one in Mkoba? Should we allow this sap to get his dream cottage?’

That’s not how it will go down but there is a real possibility of corruption. Will there be transparency on which transactions will be allowed and which won’t? Who knows?

v. Not to worry though, if you had secured funding from outside the country, the government won’t mess with your arrangement. They are not about to disturb forex inflows and so the RBZ says the suspension of lending does not apply to offshore drawdowns.

Then came the ominous promise that the RBZ will be monitoring compliance with the above and will take appropriate supervisory action against those that ignore the directive.

What’s the thinking behind banning lending?

Minimising the creation of broad money

It was just recently that we were looking at the RBZ’s plans to tighten the monetary policy by maintaining a low growth rate of the money supply. It became clear to the government that that was not enough, hence the drastic measures above.

How does lending create broad money?

Let’s say a bank has one client who deposits $100 with them. The bank does not have to keep the whole $100 in their vaults, they are allowed to lend most of it out.

The actual mechanics of this process create a lot of money. See how our bank above can now boast of having $190 in deposits. They look at that $90 loan as a new deposit and so may lend out most of it again. This time they lend out 90% of it to client #3, which is $81.

Making for total deposits of $271 all from a $100 deposit. They can go on and on, creating more money with each loan.

So the government and the RBZ are shutting down this process altogether. This should limit the growth of the money supply. We all know by now that the scarcer our currency is, the more valuable it is and the less our inflation is. So, this should help slow the freefall of the ZW$.

The government saw another problem from lending activities. Recipients of these loans were using those sweet ZW$, obtained at say an 80% interest rate, to buy forex on the black market.

They were not worried about the high loan interest rates because inflation was even higher, which meant that in real terms they were not paying any interest at all. That’s not to mention the profits they were making from their forex trades.

I imagine most of us would have wanted to get those loans but most of us did not qualify to get them.

Now, the RBZ is investigating the whole thing and the government believes suspending lending will help with those investigations.

They say unconventional problems require unconventional solutions. There is nothing conventional about the Zimbabwean economy and so we have to assume the solution will have to be just as whacky as the problems.

Here I was complaining that the RBZ had identified the actual cause of the ZW$ collapse but was maintaining old measures. I did not foresee such a new drastic measure. I guess that’s why they say be careful what you wish for. Who knows though? There could wisdom in this directive.

Economist Eddie Cross is one of those that see the wisdom in the directive. He is quoted by Newsday saying,

Without doubt, the package will strengthen the Zimbabwe dollar and I think this is the position of the government and I don’t see us dollarising again…

The move by President Mnangagwa is progressive in that it will help curb the inflationary pressures and also outdo the parallel market. Creating space for the local currency is key

Not all are sold on the directive though. Even Eddie Cross has his doubts. He thinks the measures will strengthen the ZW$ but believes it’s a hodgepodge of approaches which may work against it.

I think this is compacted, it involves a mixture of different approaches and for that reason, it may not achieve what they are hoping to achieve

Many others fear for the financial services sector. After all, they are being forced to shut down their core activities. I think banks in particular will be okay, they have long ignored this core business as we shall discuss later.

There are also fears that this move will create a parallel banking economy. I believe we already have one and so am not too worried about that. We shall discuss all this in the following article.

What do you think about the government suspending lending? Stroke of genius or yet another stupid measure?

15 thoughts on “RBZ on suspension of bank lending. Partly drawn loans are suspended too. What is the rationale behind these decisions?”