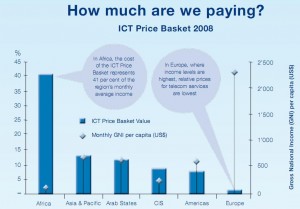 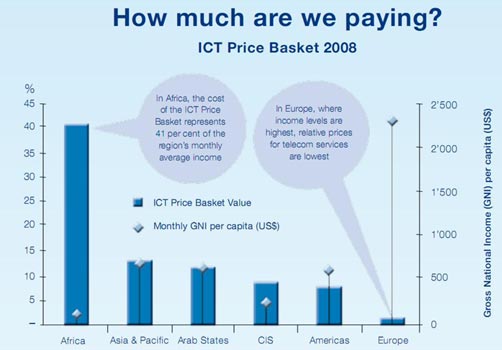 This month, the International Telecommunications Union released the “World in 2009, ICT Facts and Figures” report available in pdf here. Below is a summary some of the most interesting facts: