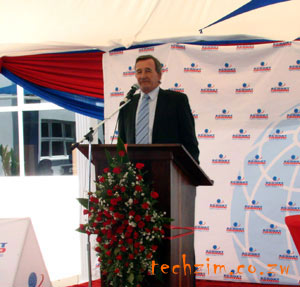 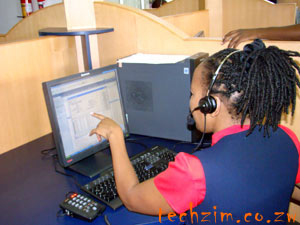 Today, Econet Wireless Zimbabwe opened a new call centre in Graniteside, Harare. The large call center (see pictures below), which has the capacity to handle more than 15,000 customer calls an hour was described by Econet CEO, Mr. Douglas Mboweni as “the biggest and most sophisticated in the country”.

Mr. Douglas Mboweni took the opportunity today to announce that the mobile operator’s subscriber base had passed the 4 million mark and that this exponential growth in subscriber numbers had spurred the need for the larger and more modern call center.

“When you have the network expanding at this rate, and you have subscribers coming on board, there’s need for a one point, where subscribers can interface to get up to date information, to get assistance where they’re struggling with certain facilities or features of the network. That is why it is unavoidable to put up a comprehensive infrastructure like what we have done in this case, this call centre”

Mr. Mboweni also confirmed that fibre installation work was currently being completed in the city and that once operational Zimbabwe would benefit from the rich promise that fibre high speed information communication brings to an economy. High speed connectivity, he said, is “fundamental to opening up an Economy”.

Special guest of honor at the event, POTRAZ Deputy Director General Mr. Alfred Marisa, said “whereas over a year ago we were ashamed of talking about our levels of teledensity, the increase of penetration rates from about 10% a year ago to over 40% today gives us hope of better things to come”

Mr. Marisa noted that at the just ended CRASA Impact Assessment Workshop a recurring theme was customer service, “Interraction with customers must be a key priority for every operator. KCustomer care is the fouindation of any service driven industry of which the telecommunication sector is one.

He added that POTRAZ feels encouraged when companies make critical investment in customer service such as the new Econet call centre, describing the development as a “bold and progressive step” 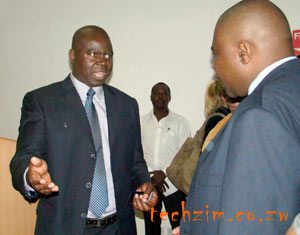 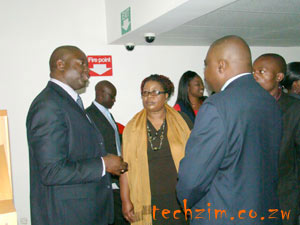