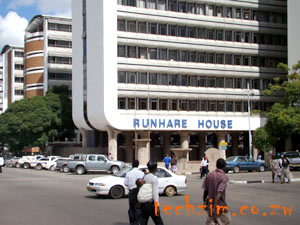 TelOne has taken up initial capacity of 2.48 Gbps (16 x STM-1s) and according to the company the expectation is that this will grow to 15 Gbps in the next 10 years.

The West Indian Ocean Cable Company (WIOCC) has a shareholding of 30 percent of EASSy, which currently boasts of a design capacity of 4.74 Tbps from Mtunzini (Durban) through Djibouti and Port Sudan to the rest of the world. TelOne has a stake in the cable through the WIOCC consortium.

The fibre, covering a distance of about 280km, is the first phase of the planned national backbone rollout. Another fibre cable is being laid in the Harare-Bulawayo-Beitbridge route. There will also be expansion of the already existing Harare –Chirundu route.

TelOne is the fourth operator to commercially launch high capacity international fibre bandwidth in Zimbabwe in just a year. In 2010 PowerTel, Econet and Africom all connected to international fibre cables at Zimbabwe’s borders with Botswana and South Africa and Mozambique respectively.

Operators connecting to international fibre has seen a gradual shift from the reliance on expensive satellite systems to carry voice and data services for the country.

TelOne has revealed that the project contract is being undertaken by Huawei Technologies of China. Huawei is a major mainstream supplier of telecoms solutions for various large telecommunication firms in Zimbabwe including Africom, Aquiva, Telecel, PowerTel, Econet and NetOne.