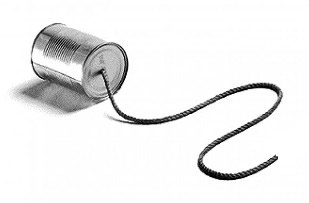 Going over reports from the ICT global conference held in Harare last week, we came across something that made us stop. It’s a report published by “The Zimbabwean” that basically says Broadlands Networks is preparing to launch a 5G network. Here’s an extract from the report:

Siziba was the Chief Executive of Cosmos Cellular, a service provider to government-controlled NetOne (Private) Limited when it was formed in 1996. He fell out of favour with NetOne due to failure to remit funds to the holding firm. He is understood to be planning to use the latest 5G technology in his new network. This would be the most advanced in Zimbabwe today, market players confirm.

Just so you understand why we were surprised, here’s a short description of the 5G technology on Wikipedia:

5G (5th generation mobile networks or 5th generation wireless systems) is a name used in some research papers and projects to denote the next major phase of mobile telecommunications standards beyond the upcoming 4G standards (which is expected to be finalized between approximately 2011 and 2013). Currently, 5G is not a term officially used for any particular specification or in any official document yet made public by telecommunication companies or standardization bodies such as 3GPP, WiMAX Forum or ITU-R. New standard releases beyond 4G are in progress by standardization bodies, but are at this time not considered as new mobile generations but under the 4G umbrella.

It’s not clear if Broadlands itself actually made the 5G claim or if this is just the writer’s own understanding of Broadlands’ plans. It’s also worrying that apparently some “market players” are confirming this.

We last wrote about Broadlands back in March 2010 in a follow-up article to a claim they made in 2009 that the company would have affordable telecommunications services for the majority of Zimbabweans by January 2010. It didn’t happen. What did happen is the public fallout with the Postal and Telecommunications Regulatory Authority of Zimbabwe (POTRAZ).  Broadlands Networks is a POTRAZ licensed Public Data Network  Operator.

11 thoughts on “Broadlands narrowing in on 5G?”