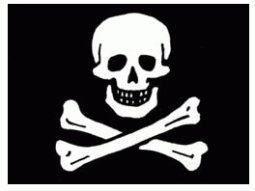 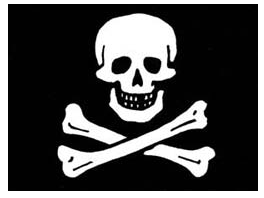 It feels like yesterday when l was starting up an experiential marketing business. One of my clients was Ster Kinekor Theatres. I vividly remember the regional GM regularly flying into Zim for reconnaissance meetings; each time we ran through the SWOT analysis one bugger kept popping up! Ster Kinekor HQ (South Africa) placed a bounty on this bugger by bringing in SAFACT (Southern African Federation Against Copyright Theft) but it seemed like no one gave a hoot locally. After carrying out a research survey we ‘discovered’ that approximately 60% of our market were buying movies on the street, at Avondale or the Village flee market…Those were interesting times…it appears as if they’ve taken a new twist.

The infamous Jack Sparrow has been buccaneering his way into people’s homes by stealing from local ISPs who are fed up with his antics. For those not in the know, Jack Sparrow is a self styled movie pirate who supplies the black market locally with the latest movies on DVD. A Jack Sparrow DVD costs US $1. He has named himself after the lead character in Pirates of the Caribbean film series.

According to the information we received, Jack Sparrow downloads the movies by granting himself illegal access into the ISP networks. He uses some internet hacking  tools  to grant himself the internet access. Responding to a comment on an article we published recently ZOL CEO, David Behr, shot back:

If you want to watch illegal DVDs, it is way cheaper to just buy a pirate DVD from our local Jack Sparrow the pirate – who amazingly seems immune from the law. I sure wish I could catch him – he steals bandwidth from ZOL – and yes I mean steal.

ZOL is one of Zimbabwe’s largest ISPs.

It’s important for consumers to appreciate the fact that they might be gaining access to counterfeit movies at the expense of a sine qua non (The internet). I personally feel inflamed to consider the fact that ISPs might be chopping down certain packages because of one guy or a handful of okes. It’s human to ignore all the ‘facts’ until we realise their importance. It reminds me of the Spiderman movie when he let a robber get away because he didn’t receive his dues from the owner of the business…guess what…that same robber ends up murdering his own granddad when hijacking his way to freedom.

If this guy is making as much cash as l believe he is, why doesn’t he just pay for internet access? The answer is simple; if he/they make a living off plain robbery how on earth do you expect him/them to pay for anything. These are the sort of guys that don’t stop to give a damn. Ordinary consumers might download or purchase a ‘flick’ to enjoy themselves but this crop does it to fill up their pockets with loot. Ster Kinekor directly employs about 20 people and nearly 100 indirectly, no one might care about that particular example but what if ISPs strip certain privileges because of one nasty little parasite.

I can almost imagine a direct confrontation with this crop; they’d probably blame the economy and the likes. I believe that’s a downright selfish thing to say because they are not the only ones living through a tough patch. If you understand just how much money guys like Jack Sparrow  are making then you’ll realise that talk of a tough economy is nonsense. They can invest in doing legitimate business. We cover the ICT sector and cannot speak outside of this domain, its important that consumers understand the consequences of certain actions.