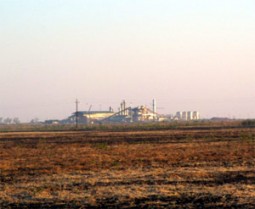 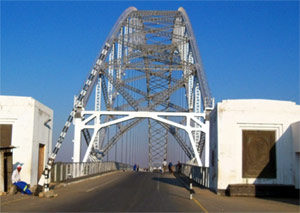 Having woken up at 3am to make the trip to Chisumbanje and Middle Sabi, we arrived at about 10am courtesy of our host- Lilian Muungani (Green Fuel’s communications manager) who led the way in her bakkie. After snaking through numerous twists and turns (including ‘crossing’ the historic Birchenough Bridge) we eventually descended on an endless carpet of Sugarcane. This was the perfect arrival, much like reaching an oasis in a desert as this part of Zimbabwe’s lowveld is semi-arid.

Soon after recharging on breakfast, we set off for Chisumbanje which besides being huge is also the site for the Ethanol processing plant. I remember sharing a light moment with Lilian and Limbikani on how the Ethanol plant looked like a NASA launch pad or something of that sort. It truly was an eyeful as we drove closer and closer to it. 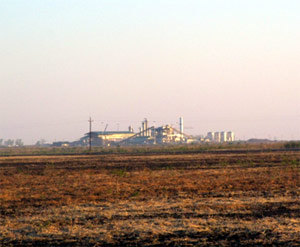 The first impression l got upon arriving at the plant was of being stationed at an army base as it really was all serious business. Over a thousand construction workers busily going about their duties while Lillian showed us around. I can’t remember how many times my eyes nearly popped out in awe; Zimbabwe hasn’t had an investment of this magnitude in over a decade.

According to the ever cheerful Lillian; Green Fuel’s ethanol plant is not just a result of serious investment but also one of leveraging on internationally accepted standards. An example of this can be found in the handful of Brazilians we saw around the plant and at the guest lodge. Brazil is the world’s largest Ethanol (from sugarcane) producer in the world and has totally done away with dependency on petroleum.  Green Fuel is working with the very best to build its business, for the benefit of not just Chisumbanje but the nation. After failing to steal time away from the plant manager or Graeme Smith (the General Manager) before their lunch break, we proceeded to make sense of the plant with ‘Lilz’ as our “interpreter”.  The Ethanol plant is built right on the sugarcane estate. Lilian began by pointing out a couple of facts to us:

All these facts coming at once were quite overwhelming as we moved around the plant. The watering system the plantation uses pumps water directly from the Save River, from there on it goes into water reservoirs which then distribute to canals running through the plantation and a backup water storage facility.

As lunchtime approached, we finally got to sit down with Graeme and discussed the finer details of the project. By the end of this year over US$220 million will have been invested in the project, it is on track to become the biggest agricultural project ever witnessed locally. For techies wondering where the gizmos are; Graeme spoke of “advanced farming technology” which in a nutshell involves using GPS (Global Positioning System) mapping together with the other systems to optimize agric processes.

Furthermore, Graeme spoke highly of the continent’s wide open opportunity to become the world leader in renewable energy. Africa currently contributes 4% of carbon emissions but will suffer the most from its consequences, it is thus fitting for the continent to use is vast swaths of land and resources to produce sustainable power solutions. Without this, the continent’s ability to grow its economic potential will be very difficult as dependency on oil has caused widespread pain and suffering all over the world. Africa is well position to lead the green movement. 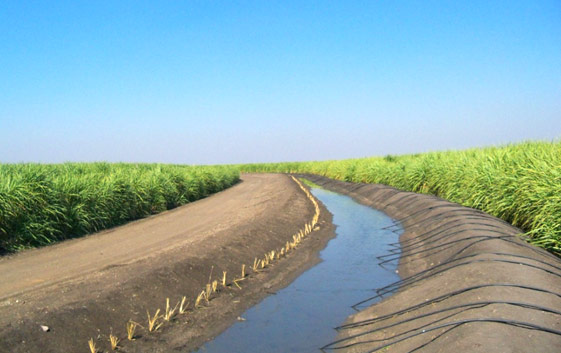 After an hour long interview with Graeme we proceeded to find a good internet connection to upload pictures. For more information on Green Fuel, a podcast of the interview will be posted later today. A picture album can also be found on the Techzim Facebook page.