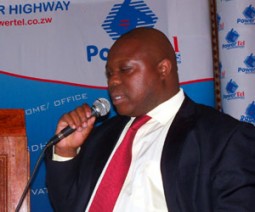 PowerTel Communications, the state owned subsidiary of national power company, ZESA, is set to launch mobile voice services on its network. PowerTel sales and marketing manager, Willard Nyagwande made the announcement at a function in Harare yesterday.

PowerTel’s launch of mobile voice service follows Africom and Brodacom, who launched similar services in June and this month respectively. All 3 operators have Internet Access Provider licenses and have used them to implement CDMA services that include mobile voice.

PowerTel officials at the event explained that the commercialisation of interconnection agreements with other mobile operators will be done in the coming weeks as the company prepares to start signing up mobile telephony subscribers. The officials revealed that coverage of mobile voice services at the moment extends from Harare to Plumtree, a stretch that has 16 base stations installed. According to a PowerTel engineer, some 35 base stations are currently being procured and over the next few months, more areas will be covered.

The tariffs of the PowerTel voice are services are nothing short of pleasing. Like Brodacom and Africom, on-net calls are priced at US 6 cents per minute (including VAT) and calls to other networks are billed at US 12 cents per minute. This of course compares favourably to rates by GSM mobile operators, Telecel, Econet and NetOne, who currently charge a minimum of US 21 cents a minute.

In what appears to be another move into consumer facing products, PowerTel announced that the company will start providing web hosting services in the coming months.

PowerTel also took the opportunity to announce the connection to the SEACOM cable system in Mozambique completed  last month. The fibre cable to Mozambique, were PowerTel now connects to the TDM fibre network, was laid for the company by Telerix (a Masawara subsidiary) under a twenty year agreement.