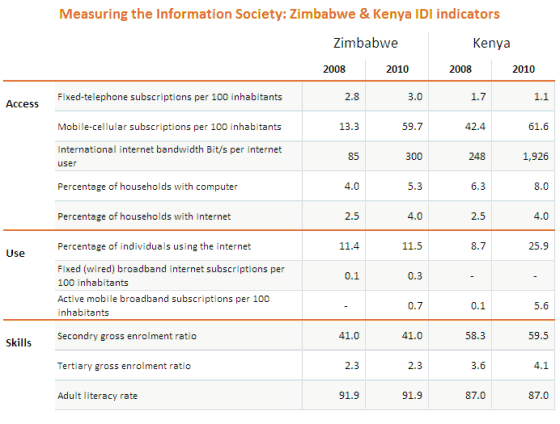 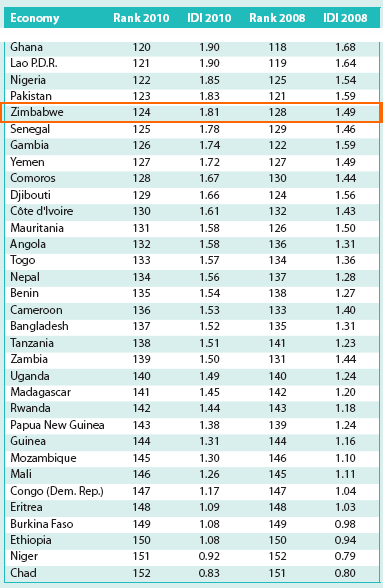 Yesterday, the International Telecommunication Union (ITU) released the latest global ICT pricing and penetration data report. You can find the report here. A key feature of the report is the ICT Development Index (IDI), which ranks 152 countries according to their level of ICT access, use and skills, and compares 2008 and 2010 scores.

As a result of the jump in mobile penetration the report notes that globally, Zimbabwe is in the top ten economies with the greatest 2008-2010 change in the IDI access sub-index. The IDI access sub-index also measures the fixed telephone penetration, the international Internet bandwidth per Internet user, proportion of households with a computer, and proportion of households with internet access at home.

Overall, most countries at the top of the IDI ranking are from Europe and Asia Pacific.

We’ve summarized Zimbabwe’s ICT development indicators that contribute to the overall IDI value. Kenya registered the highest increase in IDI value on the continent so we’ve included it here for convenient comparison. 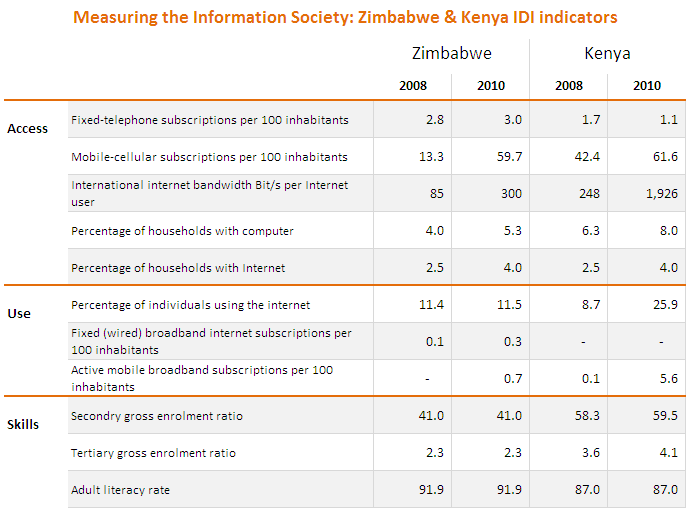 There report shows a lot of other information that we can’t possibly exhaust here. We encourage you to download it if you have some hunger for the information.