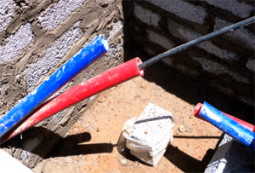 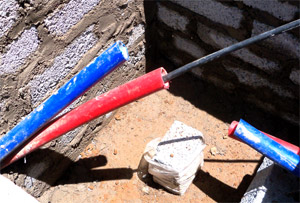 We reported last week that TelOne internet significantly slowed down for several days last week due to fibre cable damage in Mozambique.  We’re getting updates this week, that while the problem is now fixed, it’s not just TelOne that was affected by the issue. PowerTel and Utande were affected too, and from what we gather, in a much more severe way.

Internet Access Providers, PowerTel and Utande were totally out for a total of 40 hours during the Telecomunicações de Moçambique (TDM) outage, says a source authoritatively informed on the problem. Internet Service Providers getting wholesale international bandwidth from these providers were, as a result, also affected.

Now, as if last week’s outage wasn’t bad enough, we’re also getting reports that ongoing roadwork to upgrade the Harare–Mutare highway to a dual carriageway is damaging underground fibre cables installed along highway. These fibre cables connect to the TDM cable network at Zimbabwe’s border with Mozambique in Mutare. TDM further connects the Zimbabwean operators to the SEACOM and EASSy cables in Maputo.

So far we know that the TelOne cable has been damaged at least once this week by the roadwork, and chances are they are not the only ones affected as there are a number of operators with underground cables running along the same route.

Our emails to providers to determine the extent of the disruption that’s being caused by the road dualisation, and to establish what plans are in place to resolve this problem, have so far not been responded to.