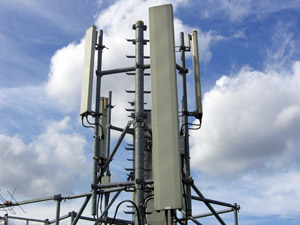 If you have had just average interest knowing the companies that have Internet Access Provider (IAP) licenses in Zimbabwe, you probably always had a lingering question about the companies POTRAZ lists on their website as licensed. Well, one company in particular – a Pecus Enterprises. The issue is that they have been almost invisible despite being licensed along with the other 11 providers several years ago.

The information we’re getting indicates the company is preparing to launch services in January 2014 and it will be operating under the name ‘Tagtel Communications’. Our source wasn’t clear what’s been holding the company all along but says that they are now installing base stations and should be ready to roll out services come January.

Scouring the net for the name ‘Tagtel’ yielded this press release by a UK company that apparently sold Tagtel network equipment to manage DNS services back in 2011. Yes, two years ago! This may ofcourse indicate that the company has actually been offering services, maybe to select customers.

As for the services they will offer, we’re expecting something along the lines of the other IAPs like Africom, PowerTel, Aquiva, Aptics and so forth. Which means primarily broadband internet with some mild attempts at competing in the voice market against the 3 mobile sisters. But maybe they’ll suprise!

We contacted Tagtel Communications via phone but the people that answered said the CEO (the only one who could speak to us) was coming in later in the day, then we were told he is out of the country. Usually means they won’t speak yet.