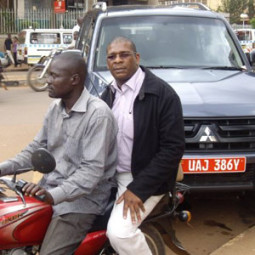 Two days ago we noted that recent statements in the press by new Telecel MD, Angeline Vere, suggested the company is considering re-entering the mobile money market. But we weren’t sure how direct an entry especially because she referred to it as “mobile banking”. New information we have received from sources in the industry says there indeed is a more direct mobile money project going on at Telecel.

A former top EcoCash executive, Nkosinathi Ncube, left Econet Wireless to join Telecel Zimbabwe in recent months we’re told. According to our sources, Ncube had joined EcoCash around the same time that Econet recruited aggressively for their project bringing in Darlington Mandivenga (now the Econet Services CEO) and former M-PESA head of product development, Japhet Aritho. Ncube just stayed at EcoCash for less than a year, leaving for to join Telecel.

Our sources tell us Ncube is now heading the mobile project at Telecel. Ncube’s LinkedIn profile doesn’t mention much about the company he’s now working, only saying it’s “mobile telecoms”.

We contacted Telecel to confirm Ncube is indeed heading the new project and we were told it’s true.

Ncube obviously learnt some mobile money lessons while at Econet and is a treasure for the project, allowing Telecel to touch the ground running and not make mistakes that Econet’s has already learnt from. But he’s more than just an experienced former EcoCash exec. Ncube is a seasoned banker as well having worked for Absa Bank in South Africa, and NMB here in Zimbabwe in the past.

It will be interesting what structure the new Skwama (we’re guessing it will be called something else but before that…) will have. What new relationship Telecel will have with its current financial institution partners like ZimSwitch will also be interesting to see. The clear message for now however is that Telecel Zimbabwe is done playing in the background in as far as mobile financial transactions are concerned.