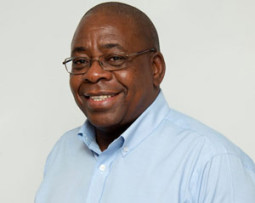 Earlier today we posted an article titled “uMAX incurs $4.9 million loss. Shareholders express low confidence”. We noted in the article, as the title says, that the contents of the annual report indicate low confidence in the retail and consumer internet business becoming profitable in the short term. We quoted part of this text which is on page 7 of the report:

The losses and cash flow constraints experienced by Telerix Communications (Private) Limited (“Telerix”) cast doubt on the ability of Telerix to continue as a going concern without financial support from its shareholders. Accordingly based on the 12 month cashflow projections of the business to 30 June 2014, the Telerix shareholders provided letters of support pledging that they will, and are in a position to, at the request of Telerix, place sufficient funds up to a specified limit for Telerix to meet its obligations as and when they fall due during that period. Masawara Plc’s share of the pledge to support Telerix was limited to $1.4 million and it was granted on 25 June 2013 for a twelve month period from the grant date. There is a risk that the amounts pledged by the Telerix shareholders may not be adequate due to unfavorable changes to the initial cash flow forecasts, the economic environment and increased competition which in turn may negatively affect the going concern of Telerix and hence the ability of Masawara Plc to recover the amounts it is owed by Telerix (i.e. the preference shares, debentures and loan).

A comment to the article by the company’s chairman, Joe Mutizwa, posted to “set the record straight” says the company expected the uMAX division to make losses in its first year of operation and that the shareholders remain committed to the business. Here’s the full text of the comment:

“I’d like to set the record straight on some issues raised by TechZim in its analysis of the Dandemutande 2012 results. Firstly as a new start-up requiring significant capital expenditure, the business was expected to incur losses in its first year of operation of the uMAX service which has only just celebrated its first anniversary. The uMAX team has successfully established customer confidence in its ability to deliver quality Internet and overall customer experience to the Zimbabwean consumer. Customer acquisition has rapidly scaled in 2013, especially following the launch of monthlyMAX in April 2013 which has set a new benchmark in access to Internet services. I would like to reiterate in my role as Chairman of Dandemutande that the shareholders remain committed to the business and have recently concluded new funding to support the business in its
ongoing activities.”