What everyone should know about bitcoin 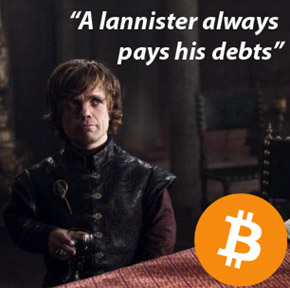 Unless you have been living under a rock for the past couple of years, you have probably heard about bitcoin. What makes bitcoin fascinating is that it’s the first currency which is not just free, as in ‘free beer’ but free as in ‘free speech’. In fact, ever since the first standardised coins were created in Western Turkey in the 7th Century BC, money has never been associated with all of the following 3: Open, Universal and Free. Bitcoin changed that.

I have been following Bitcoin for a while now and I have seen a whole economy of miners,mining equipment makers, payment processors, money exchangers, and speculators rising up around it. It is actually thriving. At the same time, there are a ton of people trying to make money off of it. Some are legitimate businesses and some are pure gambles.

In this article I will explain what bitcoin is, how it works and how one can start using it from Zimbabwe. I will also attempt to debunk some myths surrounding Bitcoin.

Bitcoins are digital coins you can send through the internet. Bitcoin is the first decentralised digital currency and what this means is that unlike government-issued fiat currency, bitcoin has no central issuing authority. In other words, no Central Bank controls it, so government can’t just print or mint the more of the currency.

How Bitcoins are created

Just as in the old days when gold and silver were mined, bitcoins are mined, digitally. Mining is a slow process of using powerful computers to solve complex math problems and when they succeed they unearth more Bitcoins.  Bitcoins are generated all over the internet by anyone running a free application called a bitcoin miner. The more Bitcoins that are mined, the more difficult it gets to mine more information.

Some facts about Bitcoin

Advantages of Bitcoin (Compare to the alternatives)

The risks (apart from the fact that it could all be a bubble about to burst ):

Ways you can obtain Bitcoins

Using and getting Bitcoins is really easy. There are various ways to get Bitcoins:

How your company can start using Bitcoin (in Zimbabwe) today

Here are some ways you can start using bitcoin (if you are not already thinking of building your business solely around bitcoin):

To start accepting Bitcoin on your website, you can choose from a plethora of shopping cart interfaces, or if you are a developer, you can build your own JSON Interface. Nearly all the bitcoin merchants I tried out required me to supply KYC information before I could start using them and I especially got problems verifying my local bank account because my bank is asking for an invoice before they can make a wire transfer. I particularly liked BitMerch which allowed me to accept Bitcoins without supplying any KYC information and I bumped into another one which required I have a US bank account :(.

Who else is accepting Bitcoins

Popular websites (you may already be familiar with) that accept Bitcoins include, WordPress.com,  The Pirate Bay, Reddit, The Internet Archive (they even pay employees with Bitcoins) and Namecheap.

Will bitcoin take off in Zimbabwe? It’s hard to say; I don’t know if you’ll be able to use it to buy a beer in Harare any time soon. But what I do know is that my landlord is probably going to be the last person who’ll accept bitcoin payments.

Here is a bitcoin Infographic: