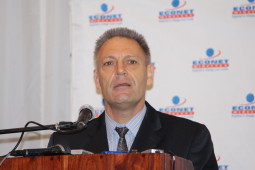 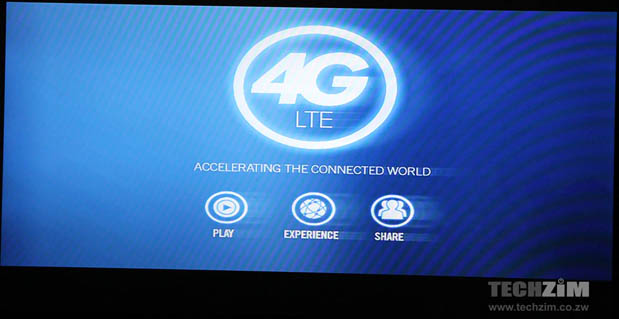 We are coming from an event hosted by Econet Wireless where they launched 4G LTE in Zimbabwe. Econet’s fairly new Chief Commercial and Customer Services Officer, Stan Henning presented the new offering. He announced that Econet will start selling 4G dongles immediately after the UNWTO general assembly taking place this weekend. 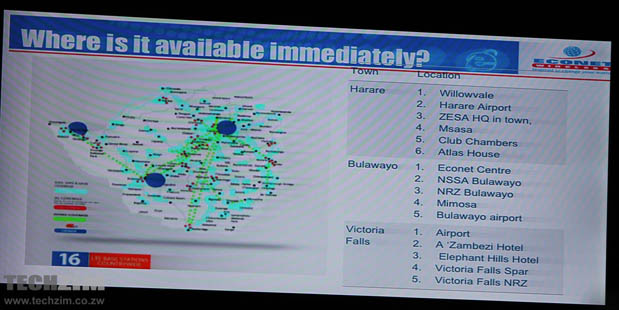 According to Henning the 4G network has already been installed and functional in some places in Zimbabwe. The locations, as shown in the image above, include international airports i.e. Harare, Bulawayo and Victoria Falls plus the CBDs of Harare and Bulawayo and the town of Victoria Falls. Although the modems will only be available in Victoria Falls this week for the UNWTO, distribution in the other areas will start one week after the UNTWO assembly.

Citing this to be first in Zimbabwe, Henning said the network speeds of the 4G devices can go up-to 65Mbps, which is 10 times faster than the current 3G (3.5G as he put it) and require 95% less time to connect. Though the data tariffs for the service are said to be similar to that of 3G, the prices of the 4G dongles and modems have not yet been set.

Econet have promised to send us some 4G dongles for testing and we will be posting a review as soon as we’re able to.