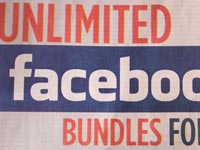 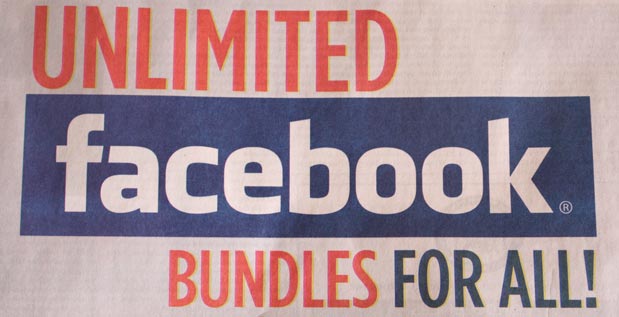 This is ofcourse something we have wished for a long time now that mobile operators would do. It just makes business sense; social business for us subscribers that is! Econet announced yesterday that they have introduced an unlimited access to Facebook promotion that will last until the end of February next year. As part of the promo, subscribers will eat all they can of Facebook for either 95 cents a week, or $3 a month.

Access will be be via special Facebook bundles which can be bought through USSD ( *143# ) or from Econet shops.

With over 1.2 million Facebook users in Zimbabwe, and the bulk of those with Econet lines, this is really a big deal. Especially for those that consume and contribute lots of pictures, sound and video content on the social network. Using Econet’s out-of-bundle data tariff of 15 cents in comparison, $3 would just afford you 20 megabytes of surfing on Facebook. 95 cents would give you 6 megabytes. And even if we’d take Econet’s average price per MB of 5 cents (which by the way is pretty much the same as that of Telecel but higher than NetOne) the $3 would give you just 60 megabytes. I know I use at least half a GB on Facebook monthly.

Econet says in the announcement yesterday though that this doesn’t apply to access via Opera Mini. We’re guessing this means Opera Mini data is harder for them to distinguish because it comes compressed from Opera servers and not straight from Facebook. Now considering most people with feature phones use Opera Mini to save data, either people will use a separate browser for Facebook, or ditch operator mini altogether.

Anyway, it’s official, Econet offers the cheapest access to Facebook in the country. And the beauty of it is other operators will have to respond leaving subscribers all a little happier.