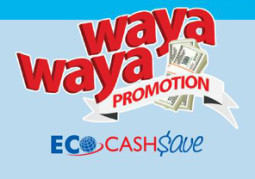 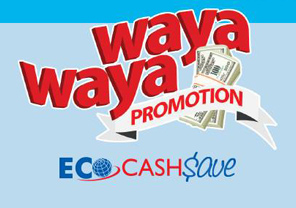 Econet Wireless has just launched a new promotion to encourage its mobile money customers to save money using the recently launched EcoCash Save phone based savings account. The promotion dubbed “Waya Waya promo” is named after last year’s “EcoCash One Million Dollar, Waya-Waya Promotion“. Unlike last year’s promo though where the company basically gave out a million bucks, this time around it’s $400,000 (still a lot of money for a campaign locally by the way).

Strangely, adverts in the print press today refer to the current promotion as the “biggest CASH promotion ever”. Compared to last year’s it would seem this is not true. We however contacted a source at the company who told us the $400,000 advertised today is not the whole bag. Part of the EcoCash Save promotion is being done below the line to audiences and partners like agents. “The total value of this campaign is in the 7 figure range,” said our source.

Econet launched EcoCash Save last month in partnership with its financial institution, Steward Bank. The service allows an EcoCash user to set up the account on their phone and within seconds, be assigned a new savings account provided by the partner financial institution.