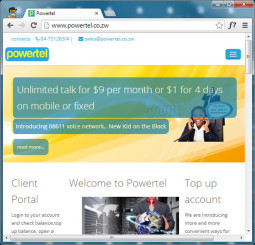 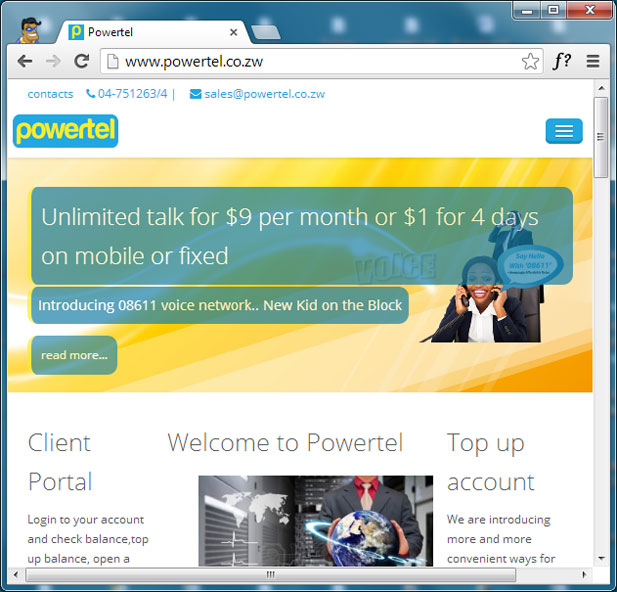 On Saturday 14 December Powertel announced that their new billing had gone live with immediate effect. This appears to be part of some ongoing changes at the ZESA subsidiary including a revamped website and relocating to their new offices at Joina City.

Ever since the announcement of their Hoza 25-35 promotion I have found it increasingly hard to write anything positive about Powertel. Their usually slow speed (on their mobile broadband platform) has become unusable ever since the promotion started probably as a result of the congestion. Also, a while ago it emerged that they did not have an automated billing system which they promised to implement. Now, over six months later they have finally managed to implement the new billing system (which I assume is automated) with the promise of other new exciting features to come with the implementation of this new billing system. I only hope we do not have to wait six months to learn what they are and enjoy these “exciting features.”

It looks like Powertel have revamped their website using new colours and themes. I am not a fan of yellow and blue myself but the site is a definite improvement from the almost non-committal one their had before this one. The website is still a work in progress however. For example the log into your account button is still inactive as it has been for almost a year now.

You can now top up your account using Ecocash.

Another improvement is that Powertel now allows you to top your account using Ecocash. This means you no longer have to join queues or go into town just so you can pay your bill.Their Ecocash biller code is 44554. To pay your bill using Ecocash:

Unfortunately the Vpayments function is not yet active but it is marked as coming soon ( let us again hope we will not have to wait for over six months.) So if Ecocash is not your preferred way of transacting for one reason or another ( perhaps you are an idealist and prefer One Wallet or Telecash instead) then you should remember Powertel recently moved their Harare Offices to Joina City.

Whilst we should most certainly applaud Powertel’s new billing system we are actually surprised it took so long to implement. Also I have to say I for one am miffed that non of these improvements have anything directly to do with actual Quality of Service of their product and I hope this will be addressed in the near future.