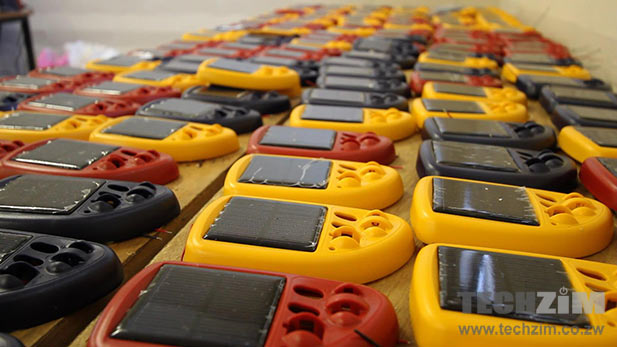 “For me it’s all about team work really. When this solar charger was being developed, there was a lot of input from the hearing impaired. There was a team a behind. I was at the technical side but the research came from the team. It also has to do with a lot of support from the government, private sector and other stake holders.”

These are the ingredients for success according to Tendekayi Katsiga co-founder of Deaftronics, a Botswana based startup that developed the Solar Ear – a world first device that charges hearing aid batteries using solar energy.

The 2009 founded company has already achieved unprecedented success already shipping over 40000 units of the Solar Ear in Africa and the product has already reached faraway places like Brazil with the company is looking to establish new distribution centers in East and West Africa in the near future.

The 14 member team at Deafronics consist of the co-founders, Zimbabwean Tendekayi Katsiga and Sarah Phiri (from Botswana), 10 hearing impaired assemblers, a general manager and a marketing manager.

The Solar Ear is a simple innovation and it’s puzzling that big companies into hearing aids like Siemens never thought or bothered to implement. Standard hearing aids come with disposable batteries that cost an average USD $1 apiece for the lowest price range. The most popular size 10 battery will last an average of 3-5 days whilst the larger sized, more expensive batteries last 14-30 days. This has apparent affordability issues in the third world that Tendekayi outlines,

“Most hearing aids come with non-rechargeable batteries. So you need to buy your batteries each time and to make matters worse, most people who use hearing aids reside in rural areas and cannot afford this.”

The Solar Ear on the other hand is an alternative, cost effective solution that allows the hearing impaired to simply buy the device and rechargeable batteries once and simply recharge without additional costs. The device charges up to three batteries at once and when fully charged, the battery powers for 7 days and has longevity of up to three years. Apart from the solar charging device, Deaftronics also assembles their own brand of hearing aid with components imported from China. Their hearing aids currently cost a marginal USD $200. Other hearing aids cost up to USD $2000.

Upto this point, Deaftronics has been operating as a non-profit making organisation sustained by donor grants, which partly explains the subsidised price on their decives. However, Tendekayi says they will be changing their model into a profit making business but maintains that their products will still be markedly priced lower than most devices.

The cost of hearing aids and related accessories in the third world has meant that service delivery in this area has been largely been handled by NGOs and it’s a channel that Deaftronics could not ignore.

Tendekayi’s first encounter with the hearing impaired was when he met John, who despite having received hearing aid from an NGO, he only used it for a month because the batteries were flat. Seeing the Challenge John was facing, Tendekayi set out to develop a solar based solution.

The concept of rechargeable batteries for hearing aids is not something that Tendekayi “invented” but he is definitely the first to bring the solar element to recharging, solving unique third world challenges in the process. As he explained himself, the idea of rechargeable batteries is not commercially attractive to traditional companies involved in hearing aids but Deaftronics was looking at challenging this notion.

Once the first batch of Solar Ear devices were produced, Tendekayi first turned to the NGOs for distribution with a simple pitch,

“We linked with NGOs involved with deaf communities and health ministries in throughout Africa and we told them we have a product that would save money, help people and ensure students would continues going to school.” 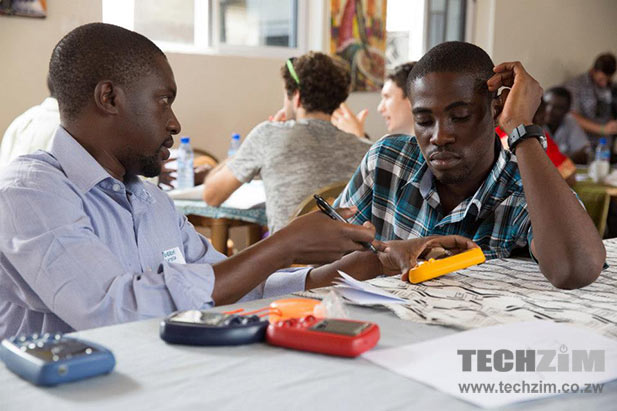 Apart from getting the distribution right early on, Tendekayi is also mindful of the assistance Deaftronics received from the Botswana government, material support from a Brazilian company that makes related products and private sector support particularly from the Botswana Innovation Hub.

Over the coming year, Deaftronics will be opening up a distribution center in Ghana and Kenya. The company is also in the process of raising additional funding a process which will effectively turn Deaftronics into a full commercial, for profit entity.