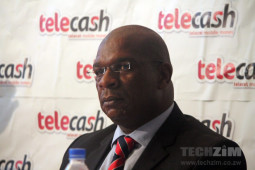 Telecel Zimbabwe today (Wednesday) launched its mobile money transfer service, telecash, which allows subscribers to use mobile phones to send money to anyone on any network, pay bills and pay for groceries and other goods and services.

Announcing the launch of telecash at a Press conference at Telecel’s head office, Telecel Zimbabwe chief commercial officer Ashraf El Guindy said Telecel was coming to the market with a strong product.

He said the company had partnered with some of the best players in the industry to come up with telecash.

“We have associated ourselves with the best in the industry,” he said, adding that Telecel’s technical partner for telecash was Obopay and that its banking partners included Afrasia, CBZ and ZimSwitch, which provides links with most of the country’s banking institutions.

He said some of the strong features of telecash were its interoperability, which enabled subscribers to send money to any other network and to banks, its financial inclusivity, its simplicity and ease of use and its bulk payment facility, which made it possible for bulk payments, such as salary payments, to be made from the comfort of one’s office.

Another strong feature was its affordability. “Everybody will be able to afford it,” he said.

Telecash was being launched with more than 1 600 agents already registered throughout the country, he said.

“In terms of coverage, we have focused on where people are. Our network covers 85 percent of the country’s population. All those people will be able to access telecash,” he said.

Registration and transacting was easy.  To transact a registered telecash subscriber simply had to dial *888#, which would result in a menu appearing on the mobile phone screen, from which the type of transaction required could be selected.

“Telecash is the first to connect with Zimswitch and thus with all banks on the platform,” Mr Ncube said.

“So many people are not banked and we are looking at enhancing the life of someone who was unbanked,” he added.

Subscribers can register for telecash at any Telecel office, with selected telecash agents or with telecash ambassadors, who will be found roaming the streets for the convenience of customers wishing to sign on.

All that is needed to register is one’s identity card, driver’s licence or passport and a copy of it. Registration is fast, almost instant.

Mr Ncube explained that bill payment was simple with telecash. The service provider, such as   DSTV, insurance companies and Harare City Council could be selected from the bills menu.

The *888# number  can be used to, among other things, purchase prepaid airtime for oneself or other Telecel subscribers, pay bills, pay for goods and services, check one’s telecash account balance, check one’s transactions history and change one’s PIN.

Mr Ncube said there was a dedicated call centre number, 153, for telecash enquiries or assistance.

“Telecel is known for value and this time it is no different,” he said.

He emphasised that telecash was a secure mobile financial service. It had been fully audited by KPMG and approved by the central bank.

“We would like to applaud our partner for such an innovative product,” he said.

He said interoperability had long been advocated by the banking industry’s regulator.

“We can now reach every member of society through this product,” Mr Mawocha said.

Release sent out by Telecel