A few days ago I noticed vPayments finally has easy to integrate plugins for e-commerce CMS like Opencart, Magento and OScommerce and I immediately downloaded for an Opencart store I was experimenting with. This is a good development considering that less tech savvy e-commerce startups would otherwise have trouble integrating vPayments using pure code. The new plugins mean that Zimswitch has cleared a major technical hurdle that will hopefully see a lot more businesses integrating vPayments. 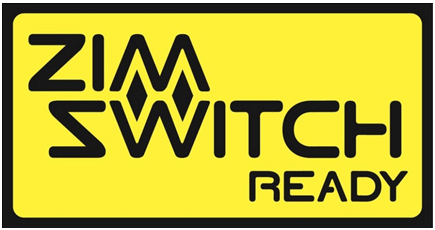 However, although the technical hurdles are slowly moving out of the way, the payment platform still has a long way to go in clearing red tape and in becoming more visible.

Opening a bank account in Zimbabwe is frustrating for a lot of people and opening a business bank account is even harder. ZimSwitch should obviously move fast to integrate other banks so that at least people have more options or some can find a bank that they already bank with vPayments ready, from a merchant perspective.

However, major frustration point was that none of these banks’ customer interfacing stuff had a clue on what vPayments is or what it does and I had to ask for “someone who does ZimSwitch” to get pointed in the right direction – or to least get closer to where I wanted to be.

I spoke to one senior executive at one of the vPayments enabled banks and it increasingly became clear that vPayments is down the perking order of priorities as they indicated that their particular bank may not even have a marketing budget for vPayments. Obviously these banks think there is no “real” opportunity with vPayments – at least not on the EcoCash or mobile money scale which they obsess about.

Whilst you would think as a product, vPayments is getting better from a technical view, their awareness strategy leaves a lot to be desired. It seems a lot of that has been left in the hands of banks, who clearly have bigger fish to fry (liquidity, minimum capital requirements targets, etc).,

The fees are not as standard as would be natural since with vPayments, you are dealing on one platform controlled by different banks. For example, some of the vPayments banks have a minimum transaction value that will cost you more if you fail to reach. In this case, FBC and ZB Bank say your vPayments merchant account has to process transactions worth $50 and $75 per month respectively before they can effect percentage based transaction fees which is 2% for both banks. If you fail to reach the transaction value, they will charge you $50 (FBC) or $75 (ZB Bank) for that month. So in essence, simply sell more or pay more.

These variations probably re-affirm that with vPayments, much is left to the banks which is a sharp contrast to what Econet did with the highly successful EcoCash. With EcoCash, the owners of the platform were at the forefront of pushing it and making it successful. On the other hand, it seems that the people at ZimSwitch are technical consultants for banks who see little value in the product at this current stage.

The risk vPayments is carrying by not milking this product early on is when (it’s a matter of when) Econet comes with an online payment solution, vPayments may simply die a still birth. EcoCash is a prime example of how Econet is relentless in implementing or rolling out products. NetOne’s original OneWallet and Telecel’s Skwama are well documented case studies that with Econet in the picture, being the pioneer counts for nothing.

We also hear that another company that is already well integrated into our local banking system is set to release another online payments platform. This particular company is world renowned and there is no doubt that they have what it takes to create a payments solution to rival vPayments.

vPayments should definitely do more for awareness in 2014. Right now, only a handful of merchant are listed on the vPayments website suggesting a slow uptake for a relevant and arguably overdue solution. 2014 is the year that vPayments needs to get a stronghold on the market or risk being cut out by new, more aggressive competition.