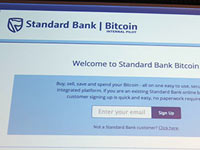 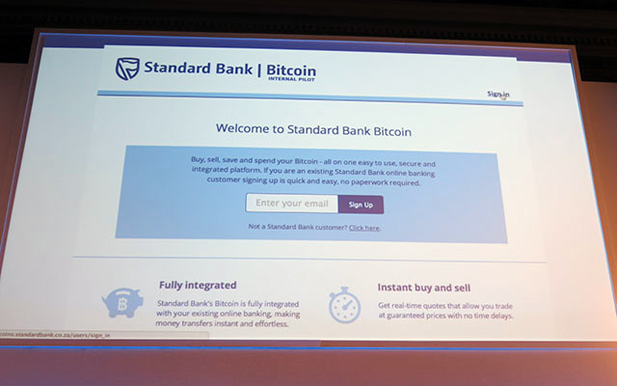 If like us you’ve come to accept that banks (well, traditional banks) are laggards in as far as the technology and future looking application of it are concerned, this will prove you wrong. Apparently South Africa’s (Africa’s really) Standard Bank is piloting a Bitcoin trading portal. This, at a time when the virtual currency is going through one of its biggest hype-or-substance tests of all time. Exchanges are suspending trading and withdrawals, some are closing, hackers looting millions in bitcoins.

Despite the territory looking very uncertain right now, Standard Bank has been reported to be one of the first big financial institutions globally to be working on a Bitcoin trading portal. TechCentral reports that according to Coindesk.com, a Bitcoin news and price tracking website, Standard Bank’s system which is being build for them by a company called Switchless, is currently awaiting approval from regulators.

Switchless is a South African company which owns a BitX, a Bitcoin Exchange. Switchless says on its website that it “enables financial institutions to bring Bitcoin to their customers”. The Switchless founders demoed what they are building for Standard Bank at Finovate a conference dedicated to showcasing the future of financial & banking technology.

Standard Bank is one of Africa’s largest financial services group with operations across the continent and beyond.

You can read the full TechCentral report here.