Google has announced a partnership with Luxottica, the parent company for Ray Ban and Oakley. This will see Google and Luxottica work to incorporate designs of the two popular brands in future versions of the Glass device.

In a statement released by Andrea Guerra, Luxottica Group CEO, the two companies are responding to how the world has reached the point of technology push and consumer pull for wearable-technology products and applications.

While this signals a strong desire to adopt a mainstream approach to the delivery of the Glass device, a lot of people are still skeptical because of the Glass’ $1 500 price tag and the fact that two years after being unveiled, the device is not yet available to mainstream customers.

US President Barack Obama is set to detail a legislative proposal that alters the program that handled data collection from bulk phone records of private citizens. The proposal lets phone companies keep the data and away from the NSA unless the agency can prove that a specific call has links to terrorism. The phone companies are also not obliged to keep the records for extended periods of time.

Currently the NSA can retain data for up to five years. While this proposal handles the issue of data on phone records it does not address data collected on web related activities as well as the NSA’s attempts at cracking the private networks of Google and Yahoo. 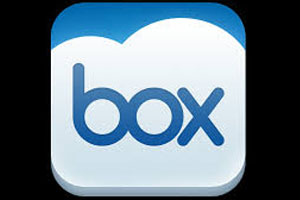 Cloud Storage company has filed a $250 million dollar initial public offering which has confirmed the rumours that have been circulating about how it intends on going public before Dropbox’s IPO.

Box has cited its significant user growth in its application and subdued revenues because of early investment requirements and stiff competition from big market players like Google, Microsoft and Cisco.

The cloud industry is cited as one of the fastest growing and most competitive in the technology and the larger players like Google continue to make attempts to outpace other competitors. A recent example is how Google slashed its cloud prices.