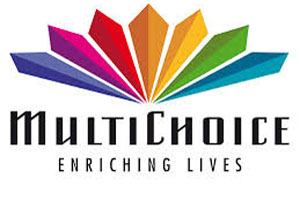 When it comes to viewing content the Zimbabwean consumer does not have a lot of options. With the closure of options like 1st TV, GOtv and FTA decoders  it’s either you are subscribing to Multichoice (legally or illegally), resorting to ZBC’s two channels or dealing in illegal DVDs through a network of distributors like the “Jack Sparrows” of this world.

All of this leaves Multichoice in a comfortable position as the most convenient (albeit somewhat pricey) alternative available. The South African landscape, where we take our cues from is shaped in a similar way.

Even though South Africa is a more “open” market with online streaming being well established there, Multichoice still looks like a monopoly. This was also mentioned by their communications minister who recently called Multichoice a “bullying monopoly” in an interview with an online journal.

In an interview with Techcentral, CEO of Multichoice South Africa, Imitiaz Patel, acknowledged the advantage that they possess and identified online streaming video providers such as Netflix, Apple and Google as their real threat.

This is a huge but rather outdated endorsement for online streaming video services as the next big thing for entertainment. The wide options for content and ease of use make online streaming the most comprehensive alternative to a subscription model like Multichoice. What needs to be figured out is how this sort of service can be made available to local users.

In Zimbabwe Netflix  services are not available. Any attempts at online streaming from Netflix would require you to go round the existing barriers using services such as unblock-us.com. Google Play Movies is available locally, but that still leaves you without access to Hollywood series that you have been accustomed to.

Popcorn Time, a free online streaming service for movies made a huge impression last week with it’s shutdown and eventual resurrection. The fact that it is free and open to anyone with the right internet speed makes it a great option as well. Since it only offers movies however, it is not a complete option.

While the huge opportunity has been identified for this new medium will there be any initiative from Zimbabwe that offers a good mix of both local and international content? Attempts to provide our market with local options have been made by online video services such as Jam TV, NafunaTV and Wabona.

Though these attempts have been commendable what seems to be lacking is diversity of content that can lead to an adoption of what these guys are offering as the new alternative. This is, after all, a market that has been exposed to Hollywood programming for a very long time. There is also a demand for sports entertainment, music, news and informative programs from beyond the African continent.

While content is a very important issue for online streaming another hurdle for its adoption lies with the availability of fast and affordable internet. Although the price of broadband being offered by local ISPs has fallen, it might prove to be out of the reach of the ordinary Zimbabwean.

Whatever the case, online streaming should be looked at closely by anyone keen on establishing themselves as a serious competitor in providing entertainment.

11 thoughts on “Can online streaming take on Multichoice’s monopoly?”