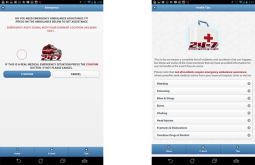 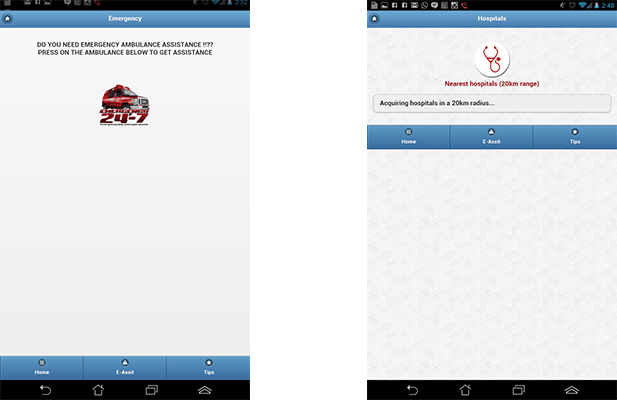 Boulder Corporate Communications has finally released their Emergency 24/7 app – we previewed here – for android devices. The original plan for the Emergency 24/7 app was to allow subscribers to send a distress call from their mobile devices to emergency service providers, mainly ambulance services, in the case of a road emergency or any other emergency requiring medical attention.

allow subscribers to send a distress call from their mobile devices to emergency service providers, mainly ambulance services, who will in turn pin point where the distress call is being made from via GPS and respond – See more at: http://www.techzim.co.zw/2014/02/app-preview-emergency-247-app-pragmatic-on-emergecy-response/#sthash.KcMR9nBl.dpufro

The medical service provider will in turn pin point where the distress call is being made via GPS and respond.

However, in a typical case of “big” corporate partners refusing to work with small startups, the Emergency 24/7 app will not be sending direct distress calls to service providers. Instead the app will send the SOS to Boulder Corporate Communications office, who will in turn call the distressed person and arrange the appropriate response. 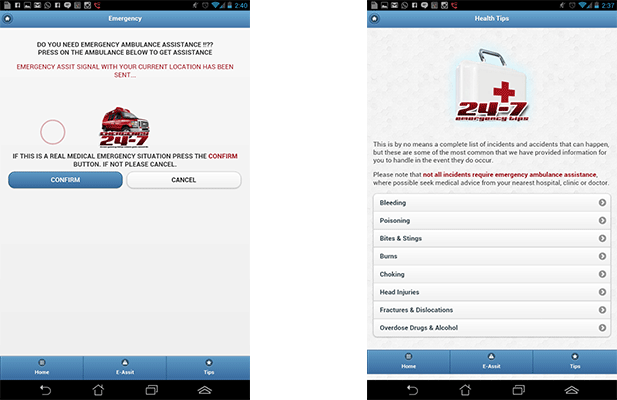 This means their original subscription model (where they hoped to sell the solution to health service providers as a value added service) is now off the table on launch. However, Lead developer Taka Chidyausiku says they are hopeful for a change of heart from potential partners in the medical services sector once they have a feel of how the app works in live environments.

Until that happens, the company has tweaked it’s revenue model to focus on advertising based on user information received during sign up. For example, during registration, Emergency 24/7 will be ask users whether they are on medical aid or not. Those not on medical aid will expect to receive ads from medical aid providers.

On functionality, the Emergency 24/7 app now has DIY tips on how to response in different emergency situations. Also, instead of just sending an emergency signal to health service providers only, Emergency 24/7 now gives users the option to have three personal contacts that can be contacted in the case of an emergency.

Another great addition is a feature that allow users to locate the nearest health facilities (Hospitals, Clinics and Pharmacies) within a 20km radius.

It’s great that the app has finally been launched .However, it would have been great if health service providers came on board. It’s just difficult to see people jumping to use it as much as the Road Angels app because it’s too focused on emergencies which would be a great add on service from health insurance companies or ambulance services, and not a stand alone product.