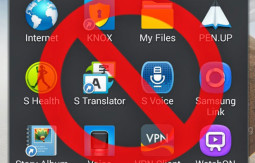 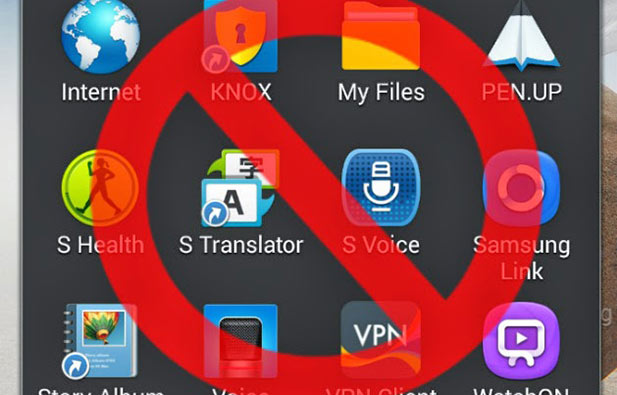 Defined as the excess and unwanted junk that chews up your RAM, memory, battery and most importantly for us on prepaid bundles; data, bloatware this is one of the most irritating customer ring–fencing and brand visibility techniques that device and software manufacturers employ. This is basically the hordes of applications that are pre-installed on a mobile phone or computer.

You buy your brand new smartphone and it “freezes” for a minute or two while it customizes all the applications you don’t need mostly in the background before you can continue. Astonishingly an average smartphone can have a bloat list of up to 70 unnecessary applications.

The Samsung galaxy S4 has up to 80 unwanted applications, LG G2 over 60, the Motorola Mot G because of exclusivity with one carrier has so much of that carriers presence it makes no sense to use it elsewhere unless you can remove the bloatware. While Apple devices are closed circle stringent, it is refreshing to know that they contain the least of the bloatware pushed by Android and Google families. Locally, the average GTel, Astro and Sync mobile phones have processing power of at least 832 MHz and 512MB RAM which is sufficient to cater for most concurrent applications unlike an entry level Karbonn brand which comes preloaded with so many applications for its 128MB memory that you have to struggle to just install or update Whatsapp, the reason for purchasing the phone in the first place for most people.

Bloatware comes preloaded on most phones but the cloned cheaper versions of the high end devices suffer the most. Clones usually come with smaller RAM and less processing power so much so that even the basic blaotware will take up most of the memory. This is when 128 MB RAM which seemed ok initially for a $200 Samsung Galaxy 4 imitation become very small.

Some mobile device manufacturers consider their customers to be the MNOs (Carriers), retailers, data service providers themselves, as opposed to device end–users. As such commerce deals are struck around the device itself between all the other players before it finally lands on your palm. This is unlike the Apple devices which is primarily end – user focused and thus their refusal to allow MNOs to bloat their devices, to a certain extent.

Unfortunately what bloatware ends up doing is to slow down the smartphone, it eats up your storage space directly or indirectly and spends your battery. In effect you eventually enjoy lesser value out of your device than was put into it by the manufacturer. With the cost of mobile data, particularly in Zimbabwe, one cannot afford data excesses outside of what they absolutely require which to the average user is Whatsapp (application), a variety of browsers and popular social media services and applications.

Removing bloatware requires expert technical knowledge on the device and device software. This includes techniques like rooting the mobile phone directly or via other software that removes applications. This method however is potentially dangerous as tinkering with the device can cause it to be unstable and naturally voids your warrant, not that we do redeem it in Zimbabwe.

The South Korean government has banned bloatware on all mobile devices sighting the nuisance it poses to the end user. This is expected to bring so many lawsuits from various manufacturers but I can almost immediately tell you that the government will win and naturally so will the people. We are just glad the GTeLs and Atros haven’t yet struck deals with the Econet, Telecel and Netone yet to sell preloaded on their devices.

3 thoughts on “Of irksome Bloatware”