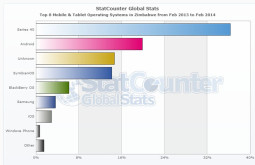 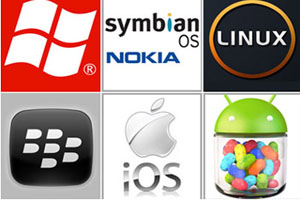 Recent data gathered from StatCounter shows that the Zimbabwean mobile market is still dominated by Nokia devices with Symbian and S40 making up 50.49 % of the total market share of web enabled mobile devices for the 12 months ending February 2014.

Nokia’s strong presence locally has been buoyed by the wide prevalence of S40 devices which constitute 36.32% of the total market share. This brand dominance has however been receding as it fell from an aggregated figure of 56.29% in February 2013 and paved way to the rise of Android. 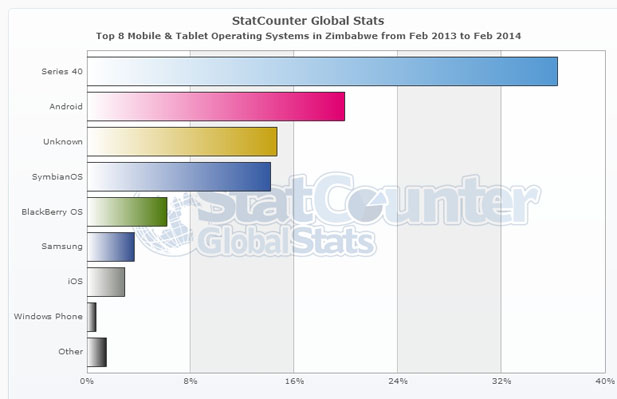 The Zimbabwean market is witnessing a huge uptake of Android devices which is the current trend with the global mobile OS market. In the past 12 months Android market share for Zimbabwe has gone up by a little over 11% which signifies the single highest growth surge for the mobile OS market.

This can generally be attributed to strong market strategies adopted by brands synonymous with Android like Samsung, Huawei and GTeL. This has included distribution deals with network operators such as Econet Wireless.

The adoption of Android OS by manufacturers of entry level smart devices has also contributed to this figure seeing that the most affordable (and popular) smart phones entering the country run on Android.

Windows Phone has made an entrance onto the local market with a marginal 0.71% share which is probably an inverse relationship with the decline of Symbian which was abandoned by Nokia after it was snapped up by Microsoft.

Apple’s iOS also saw a reduction of its already limited market share from 3.92% to 2.93%. This is not surprising considering that Apple products have been battling for consistency against Samsung in every market and segment.

While all of this data on mobile devices seems to confirm what most people have long concluded from casual observation, what should be noted is the relevance this holds for start-ups engaged in mobile app development.

Deciding which platform to develop an app for is prompted by a lot of factors and the rising prominence of Android has seen a lot of companies focus their efforts on this operating system. Some apps such as the Road Angels application have been offered for Android and iOS devices which is a commendable attempt to spread their product to a wider segment of the market.

The question is whether or not developers are willing to consider development for other platforms such as Blackberry OS whose presence in the market (6.16%) exceeds that of iOS. Local startups like Avelgood have been focused on the development of apps for S40 and Symbian devices. Despite the falling market share this is still after all, the largest market for mobile devices for Zimbabwe.

StatCounter generates data based on a tracking code attached to over 3 million websites worldwide. The page views on these sites are then analysed for device, browser and operating system. More details on their methodology is available on their site.