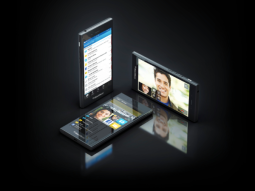 My High School days are a bit of a distant blur- a distant impressionist painting that requires a lot of concentration to decipher. Clearly visible on this mosaic of memories however are my two distinct memories: my unrequited crash on Fatima (that girl could break hearts!) and my infatuation with the BlackBerry 7290. Now there was a phone that was way ahead of its time: 32 MB in built memory, 4MB RAM, 65K colour screen, Bluetooth and the cream on the top was that the device had GPRS support. I would drool in hacker movies as the protagonist hacker did all those cool things on the device. Whenever I closed my eyes and imagined myself entering Paradise I would picture God handing out those at the gate. I so wanted a BlackBerry but to this day I have never got one.

Haughty top tier phone companies like Apple, Microsoft (Now masquerading as Nokia) and BlackBerry have always taken low income markets, of which Zimbabwe is naturally one, for granted even though they may assert otherwise. Therein, I think, lies one of the reasons why BlackBerry is in this much trouble. Sure there a lot of reasons why BlackBerry has fallen from its lofty heights as the smartphone leader and conqueror into its current mess but I think a good part of that fall can be attributed to the fact that the company has continued to ignore low income markets. All these aforementioned countries have official support and launches in South Africa, where BlackBerry is still understandably popular, with little support elsewhere on the continent hence their minority use.

Then there are the archaic distribution models which are rather eerily similar to the ones that Hollywood uses to distribute movies. The phones are launched in specific areas usually America first, then Europe next then Asia and Africa ( read South Africa) come last. Unfortunately Zimbabwe ( and some of its fellow African lepers) does not make it onto the list for some reason. Recently BlackBerry unveiled a relatively low cost model, the Z3, which will retail for around $190. Before you rush to your nearest phone store looking for it you should know that the phone is going to be only available in Indonesia. You could try waiting for it to find its way to you, which is the same strategy I used with Fatima for all the good it did me.

It is always the same familiar story: a cool gadget is launched at CeBit, CES, Silicon Valley or the Pole or whatever place on the planet where all the cool things take place unlike here. By the time it falls in our eager laps it is either hopelessly outdated or it is hopelessly overpriced. That or every toddler in developed countries already knows how to use it. We have seen it with iPads, iPods, iPhones, Surface Tablet, Laptops with touch screens, the BlackBerry playbooks, BlackBerry Curve, BlackBerry Bold, BlackBerry torch and BlackBerry Z10. We have also seen it with Facebook, Facebook ads, Twitter profiles (why would we want to test that new cool look) and PayPal ( sanctions really?). And of course no Internet balloons for us and don’t you ever dream about those Google Glasses. Companies like Sears will not even let you see the cool stuff let alone buy it. Apparently we need permission.

We have already established, a number of times in the past that Zimbabweans love things that are cheap, readily available and easily serviceable. It is one of the major reasons why the S40 and Android are winning the mobile market here. Almost everyone I know has an Android phone or X2 devices mostly because these are easily available in every shop. No self-important CEO decided those ought to be launched in Special Land only. Places like the Gulf Complex are filled with Android 4.X devices selling for prices well below $50. Devices that use a familiar interface and do not require you to install a weird store or software just so you can load music on them. If you break one you can buy a new one at a price lower that your “official” dealer for the “snob” phones would charge you for repairs.

It is sad that these aforementioned companies will not be bothered by the “Junk Market” as Apple’s CEO called it, rather disdainfully. It has worked well for Apple who posted a $10.2 billion Net Profit recently. The same cannot be said of Microsoft whose profits have continued to decline and BlackBerry with their recent loss of $5.9 billion. These two companies need to desperately start reinventing themselves and one segment of the market that they need to seriously look at is us- the junk market. Microsoft has done well by starting to offer Windows freely on Tablets and Phones. BlackBerry’s attempts to lure the low income market are rather pathetic: a $190 phone in a market were Chinese MTK devices are retailing for under $50 ain’t gonna cut it. Limiting the geographical availability of the phone to one country, even a populous one where the brand is popular, is suicidal. But then BlackBerry is, in my opinion, terminal-has been for a while- whatever they do it is probably too late anyway.

I will be honest there is a sick perverted part of me that is glad it is over for them, RIM was not doing much for me anyway but I feel sad seeing BlackBerry’s feeble attempts to scale from the abyss. No,  I no longer lust after a BlackBerry- I never got to buy one because it was unavailable, then too pricey and then outdated. I feel mocked when the vendors at Gulf Complex offer to sell me a BlackBerry Curve/Bold nowadays, almost five years after the devices were launched. It is like try to sell me Windows Vista to me today. Who does that?

And before you ask: yes I got to date Fatima ( after she had had all her fun with the all the jocks of course) as for what happened after and whether we are still together or not: well wouldn’t you want to know. For now I am going to pine after an iPad and don’t  you ask me how I know but, I have this absolute belief that God is busy handing out those  to folks who are entering Paradise now. Too bad for those folks who got the 7290 instead.

16 thoughts on “It’s probably too late for BlackBerry anyway”