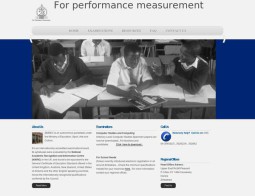 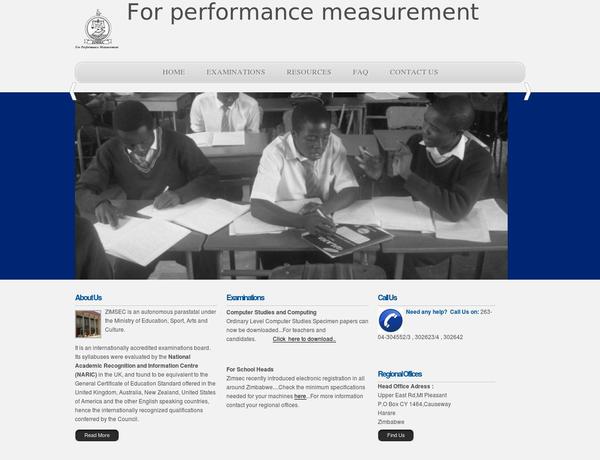 When compared with other government affiliated entities, ZIMSEC is not doing all that bad on the ICT front. They have a website, poorly designed with images that jump up and fill the a good half of the page and stand in the way of navigation as it may be, but the site is comparable to say the regional websites like the IEB’s , and at least they have a website which is more than we can say about entities like the ZRP. They are phasing out the archaic shading method used during registration and replacing it with a more student friendly computer system. Why they even have a Facebook page that is updated a couple of times every year. But they could do more; much more.

ZIMSEC caters for the 4-18 year age category which includes some of the most tech savvy people in this country. Now that I think of it, I cannot think of a single teenager in our neighborhood who does not have at least a Nokia X2 phone. A lively generation whose members’ hands are always glued to their devices and their attention wholly consumed by texts and chats. More can be done to increase ZIMSEC’s reach and appeal to this group on the internet platform.

They could begin with the website: it’s content and design are in desperate need of attention. The images on the page are constantly changing in size and getting in the way of any user who tries accessing the header links section of the site. Some of the drop down menus do not work as expected. If they are operating on  a tight budget they can always hire someone on a contractual basis and make use of WordPress, Joomla or similar templates. They should also put more effort in updating their content as some of the syllabus links on their site are incomplete (e.g. subject 3159). Syllabi are an essential guideline that schools and students use as maps to aid in the navigation of the prescribed curriculum and should therefore readily accessible. The latest examiner’s reports included on the site are from 2012 whilst most of them are from 2009 and 2010. While syllabi provide guidance, examiner’s reports offer critical feedback and control information that every teacher and prospecting candidate would be best advised to take note of and being denied easy access to this resource is almost criminal.

Conspicuously absent from the site are links to past exam papers and specimen papers. Whilst the internet abounds with past exam papers from other examination boards such as Cambridge one would be hard pressed to find a single full ZIMSEC past/specimen exam paper on the web. This denies our tech savvy teenagers the opportunity to practice and easily assess themselves. Sometimes it is impossible or difficult to envisage the changes made to a syllabus without a corresponding specimen paper. ZIMSEC should strive to make both accessible.

If it is a matter of cost then ZIMSEC would benefit from establishing an online shop to sell digital copies of past exam papers, specimen and practice books and answers. A shop which accepts both local forms of payment like Ecocash/Telecash/One Wallet and familiar payment methods such as MasterCard/Visa Card would benefit both the entity and its dependants alike. This and other services can be implemented in the form of (an) App(s) that can be installed on smartphones and tablets and regulate access to said facilities. At the moment they only sell hard copies which are almost always out of stock.

The social media effort at the moment appears to be an afterthought everyone-else-is-on-Facebook-so-let-us-also-join kind of thing. The Facebook page was last updated in October last year. None of the important announcements that you would associate with exams are on it. The last entry heralds the beginning of the Grade 7 examinations. There is no update to announce the start of Ordinary Level examinations or Advanced level examinations. Considering that over 250 000 candidates are always anxiously waiting for their O an A Level results every year it is rather surprising that there were no announcements for the release of these results on the either the Facebook page or the website. There is no explanation why ZIMRA raided their offices recently and why the ZIMSEC board was dissolved or even the intimation that the board was ever dissolved. There is no about page to tell you who the directors are!

The exam board would be best advised to create an news section for official dissemination of information. As a public entity they have a fiduciary duty to be held in the public spotlight. When an exam paper leaks we want to know if its true, which paper,why and what is going to happen and what solutions have been implemented. The social media effort should be more wholehearted having slightly under 7000 likes when there are around 200 000 candidates for the exams every year is er er rather pathetic. A WhatsApp group for June and November candidates would also be welcome. Why are they not on Twitter?

ZIMSEC can be applauded for their brave ICT efforts in the face of hardship (a lousy budget) and other lethargic government departments who could not be bothered to communicate anything in a timely manner, but they can do more, much more.