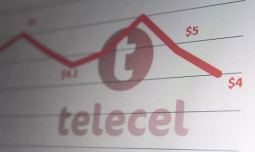 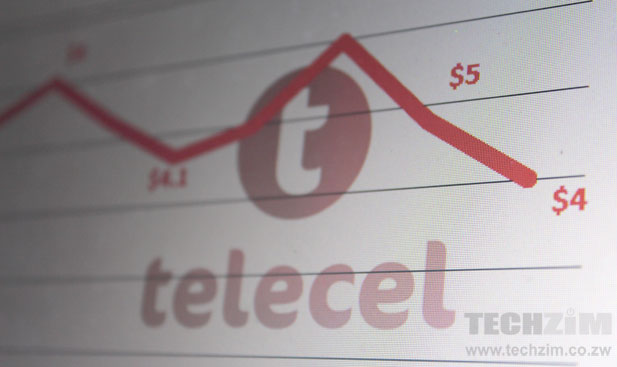 Telecel Zimbabwe’s Average Revenue Per User (ARPU) reached the lowest of $4 in the first quarter of 2014. The information was part of the quarterly financials released by the its parent company in Vimpelcom.

Before now Telecel’s highest ARPU was in the third quarter of 2012 when it reached $6.1. The current low ARPU is not really a surprise, and indeed it’s not just Telecel experiencing these problems. The company is operating in an industry where traditional revenue streams like voice are dwindling while data uptake hasn’t made up for that revenue. Add to that the current liquidity challenges in the country and you have a unpleasant space for an operator to be.

What would have been more useful is if this could be compared to the other two mobile operators in ZImbabwe. Unfortunately, both Econet and NetOne have not made their ARPU figures available.

The average revenue per user is generally a revenue growth indicator as a result of promotions and supplemental services provided by a company. It is also used to measure how profitability potential of the operator.

Though late to the game in the market, this year Telecel launched its mobile money service, Telecash. It’s not clear yet how activity on that front will affect revenue for the company in the future, but what’s clear is that it will not be in the short term.

Here’s the data and graph of Telecel’s ARPU since first quarter of 2012: 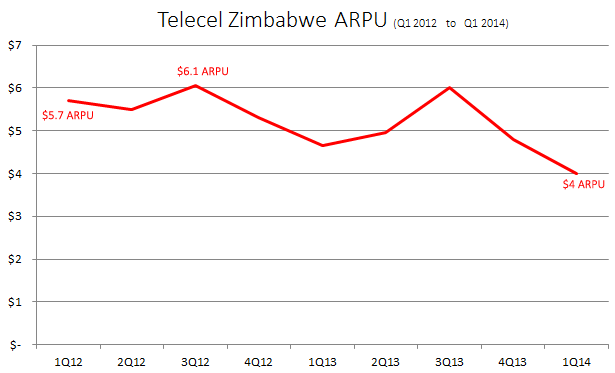 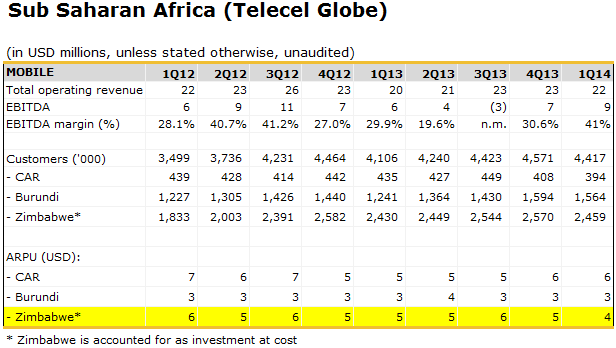