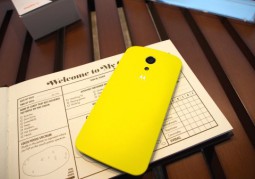 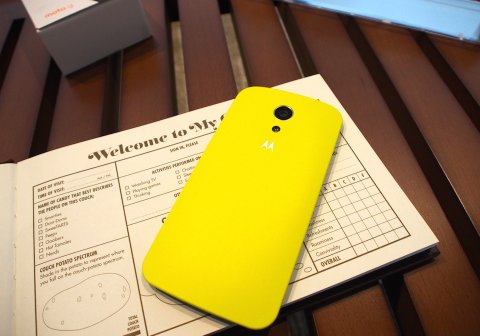 I like to call this phone, “the people’s phone”

One of our own writers called it, “A phone after my own heart” last year. What is so special about this device anyway? Why give so much credit for a phone that is barely in the hands of many Zimbabweans?

The answer here is simple. This phone is doing something right. The new entrant last year was great, but this year’s Moto G has gotten even better.

The 2014 Moto G does a lot to improve on the previous Moto G’s shortcomings. It takes those faults and makes them better with the price remaining fixed. You’d be hard-pressed to find any company willing to go through all the trouble of putting together high-end internals without charging a premium.

Motorola wants to take a different turn, they want to get as many phones in people’s hands without any compromise on the experience, and that’s powerful.

On Friday last week, Motorola announced the Moto G (2014) during the IFA event in Berlin. Personally the specs sheet for this device blew me away. They were two highly critical specs that were called for. I will go into detail.

Screen and Speakers. In Motorola’s own words, people wanted a big screen. The Moto G was blessed with a generous 5-inch AMOLED display with resolution going as far as 720p (1280×720).

The display is protected by a Gorilla Glass screen to fend off and light scratches and small chips. In the speaker department, Motorola was able to fix a solid by giving the Moto G two front facing speakers. This way, you get a better immersive experience as sound is projected towards you and not away from you.

Last year’s Moto G didn’t have support for expandable storage and the new Moto G rights that wrong. The 2014 Moto G has added support for microSD and they were able to throw in support for dual SIM so you can kick in that extra SIM card.

The Moto G doesn’t look too chubby for its size. The phone is still big judging from the display but it won’t be enough to make it unbearable. The phone is embodied in a polycarbonate shell (plastic) and the Motorola logo sticks out from the back which is cleverly placed in a nuanced dimple.

The camera also got an upgrade to 8MP and you can now take better duck-face selfies with the 2MP shooter on the front.

Do you want the green one or the blue one? The Moto G is highly customisable. If you’re all for switching around and experimenting with playful colors, this is the phone for you. The G comes with a removable, colored back that numbers up to 15 different colors and best of all; you can get as many colored backs as you please.

The Moto G is running on stock Android 4.4.4 KitKat, the latest version of Android. With a new Android L release imminent, the Moto G will be able to receive OTA updates as soon as it lands.

The phone goes for US$179 on international markets buy the prices here could be a tad higher (when I walked into a Meikles store last year it was going for US$379, a whole US$200)

Overall, this is a great budget phone. Sure, it’s not the best phone in the world but it’s the best value for money smartphone. It blows everything out of the water without costing a fortune. That is what Motorola is doing right.