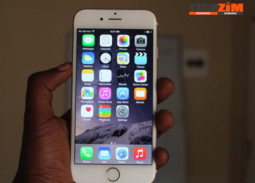 We finally managed to get our hands on the new iPhone 6. This is the latest offering from Apple which was released last month complete with the new iOS 8.

The new device is slimmer than its predecessor, with a larger screen, faster processor and improved camera. Without venturing too much into the specifics of the device which have been trumpeted on countless platforms, here is a video as we share are our thoughts the iPhone 6.

What do you like about the new iPhone 6? Are you willing to part with $1200 to get this device from local retailers like 10ngah.com or you’d rather invest $1700 in the iPhone 6 Plus? Please share in the comments below.