No, that #Mbudzi in the title is not a joke. Astro has actually released one. Mbudzi, for those of you not in Zimbabwe, is Shona vernacular for goat, and generally means a cheap feature-phone in these parts. How the phone was named after the animal I have no idea, and if you do know, please help the rest of us in the comments.

Back to the phone. What totally blew us away today is the price. The phone is retailing for US $20 only. Phones at the price are not a shocker themselves, but that such a phone would run WhatsApp, Facebook and Twitter is quite impressive. Munyaradzi Gwatidzo, the Astro founder and CEO, tells us if it hadn’t been for the recent introduction of 25% import duty on mobile phones, they’d have retailed it at $12.

We haven’t held the phone yet, so can’t speak of the experience, but we’re guessing quite basic.  And Astro says that’s actually the point-  “It’s a basic communication phone – you can chat on WhatsApp, chat on Facebook and Tweet. That’s really what it’s meant for. You won’t be able to do downloads and other complex things on this phone,” explained Gwatidzo.

We also haven’t been told yet what OS it is (just that it’s not – Android) but we’re guessing one of those basic Chinese OSes they put on such ultra low-cost devices. In short, don’t expect proper browsing. We expect to get the actual phone tomorrow, so expect a hands-on review afterwards.

The other specs; dual SIM, a flashlight (standard on mbudzis), a 1 mega-pixel camera, 64MB internal memory and Micro SD slot for 8GB. Battery life on standby, according to Astro, is 2 weeks and on active usage a minimum of 4 days. Connectivity is via GPRS so yes, basic. Lite versions of the WhatsApp, Facebook and Twitter apps come pre-installed on the phone and you can’t add apps.

Gwatidzo says this is a more deliberate play into feature phones market which they had ignored initially: “We had thought initially that people want smartphones only, but after our research we realised that 80% of the market is using feature phones, so we decided to go back to basics. We don’t want to force people to use technology that they can’t afford.” 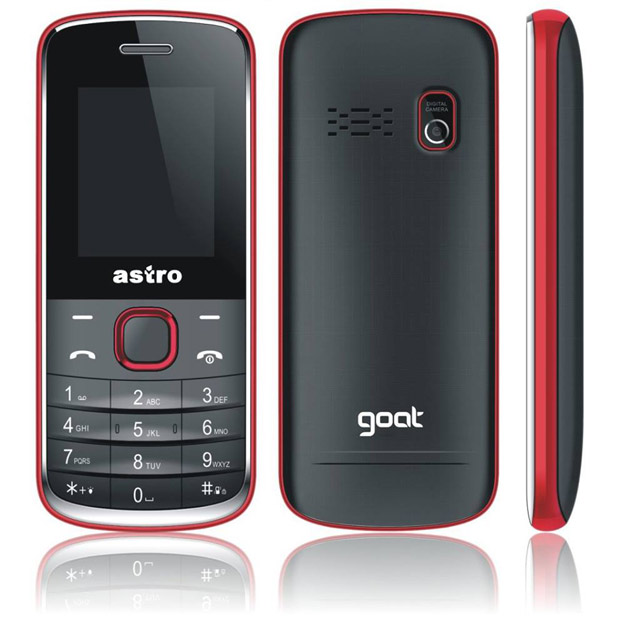